Yondr Cell Phone Pouches May Save The Concert Business 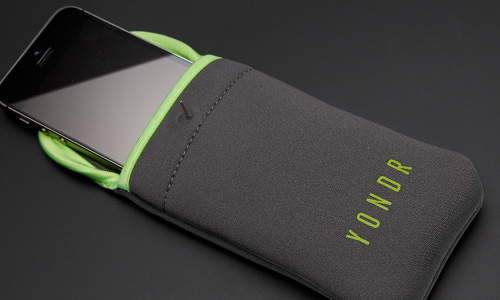 Imagine this: You have looked forward to seeing your favorite band, who hasn’t toured in years. You have good 20th row floor seats, but there are still several heads in front of you, some which stand way above yours. Still, nothing could dampen your excitement for the concert.

Then, it happens. Your favorite band arrives on stage. But you can barely see them because several people are holding their phones way over their heads trying to record the show instead of just sitting back. One person in the row in front of you accidentally drops their phone and hit hits your head. So much for enjoying the concert!

While your experience may not be this bad, you definitely understand the smartphone problem when you attend concerts. This is where the Yondr cell phone pouch comes in and saves both artists and fans who attend their concerts. According to Tech Times, this is a special locking pouch that keeps phones locked within a designated no-phone zone. 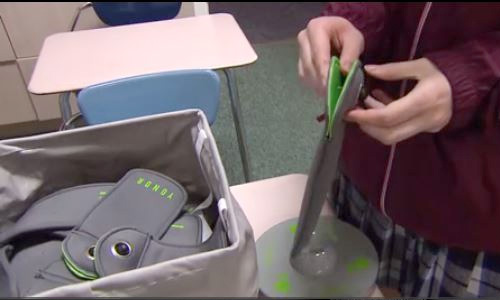 You will soon see these cases at just about every concert you attend.

It appears the concept is now catching on with top performers, who have required its use at their shows. Artists may be performing new material that they don’t want the general public to use yet. In general, it helps artists and their management retain the type of control they used to have just 10 or 15 years ago.

According to the New York Times, some of the performers that have used Yondr include Dave Chappelle, Alicia Keys, Guns N’ Roses, and Donald Glover. The article interviewed the founder of Yondr, Graham Dugoni, who talked about how a phone-free event provides for a very different type of experience. He also noted that his company has been renting its devices to schools, restaurants, and wedding venues. Yondr has even started renting their devices to movie studios for prescreening events.

As a concert tool, Yondr may cost a lot (it was difficult to find out how much each pouch costs), but it can save many artists a lot of money in PR damage. Artists such as Madonna, Britney Spears, Kanye West, and many others had to recently deal with viral moments filmed with smartphones that didn’t exactly help their careers.

Yondr may be a new technology now, but it is catching on very fast. It will take only one more year before you see Yondr pouches at every concert you attend. Let’s hope the technology keeps spreading to other types of events as well.

Daryl Deino has been a technology enthusiast since 1995 and has written for several newspapers and technology sites. Please reach him at [email protected]
View all posts by Daryl →
This entry was posted in Tech News and tagged Concert Technology, Smartphone Distractions, Yondr. Bookmark the permalink.