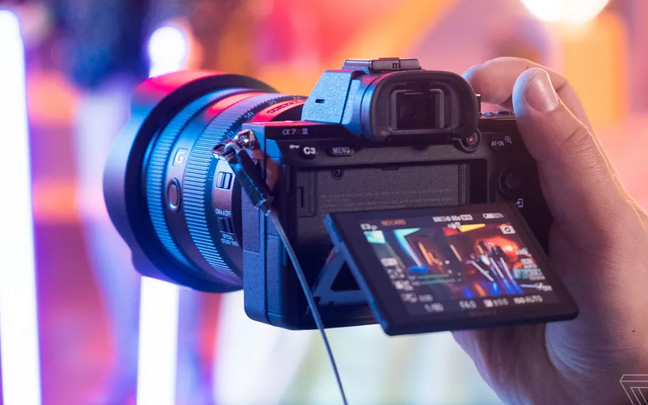 The rage over the past couple of years has been over mirrorless cameras. They existed before, but have recently become mainstream. As PC Magazine notes, a mirrorless camera accepts different lenses. The body is thinner than a digital SLR (DSLR) camera since it doesn’t use a mechanical mirror to switch the scene between the optical viewfinder and image sensor.

Perhaps the most talked-about mirrorless camera of the past year is the Sony RX100 V, a pocketable camera that costs almost $1000. 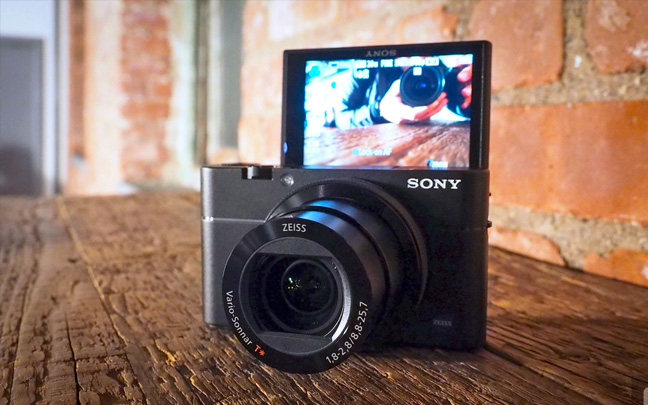 Sony's RX1000 V has been called a "miniature masterpiece."

The RX1000 V not only provides continuous shots at 24fps;  it records stereo 4K videos as well. It also has advanced AF/AE tracking. Sony’s camera also allows you to make still shots from your 4K videos. Sony claims the auto-focus is so good that you can easily capture someone running, take a picture at any moment, and have it look like a regular still picture instead of the person looking like jello.

The downside is that it only comes with a 3.6x zoom lens — but that should be more than adequate for most people. This is definitely a camera that this blog will take an even closer look at in the near future.

If you want an optical viewfinder with a camera that has an interchangeable lens, DSLR is still the way to go. It’s always been the most popular type of camera for professionals. And although there are some smaller DSLR cameras, most photographers don’t care about size when purchasing one.

Canon is arguably the most popular company for DSLR cameras, and the EOS Rebel T7i has been one of their biggest sellers. 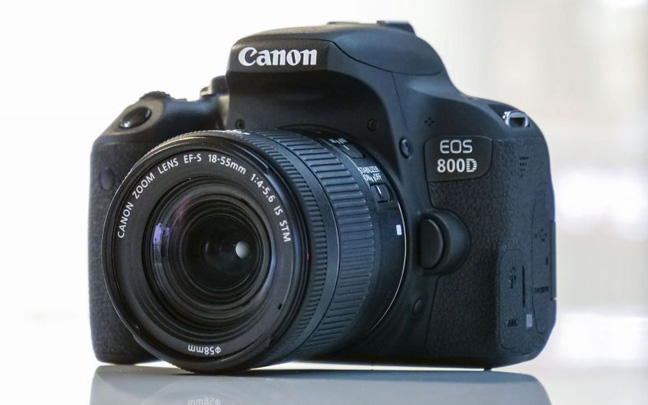 At $750, it isn’t cheap, but it has a lot of great features. PC World gave it an Editor’s Choice award.

“The new sensor impresses, as does the 45-point autofocus system backed up by excellent live view AF, while the newly designed graphical interface will certainly make this camera even more appealing to new users.”

Unfortunately, the EOS Rebel doesn’t take 4K videos like the higher-end Rebel models do. However, according to just about everybody who has used the camera, it takes amazing pictures.

Sony, Panasonic, Canon, Samsung, and other companies still make the point-and-shoot cameras that were popular 10 years ago. Higher end point-and-shoots cost around $500, but you can still get a decent one for under $200. The cameras on the iPhone X, Google Pixel, and Samsung Galaxy S series are now as good as the point-and-shoots (in some ways, better) and that is why this category of digital cameras has faded the most.

Many claim that in the near future, mirrorless digital cameras will replace DSLR cameras. But it’s also possible that smartphone cameras, which will have interchangeable lenses, will replace everything. It’s hard to predict the future of digital photography.

Daryl Deino has been a technology enthusiast since 1995 and has written for several newspapers and technology sites. Please reach him at [email protected]
View all posts by Daryl →
This entry was posted in Tech News and tagged Canon, Digital Camera, Panasonic, Sony. Bookmark the permalink.