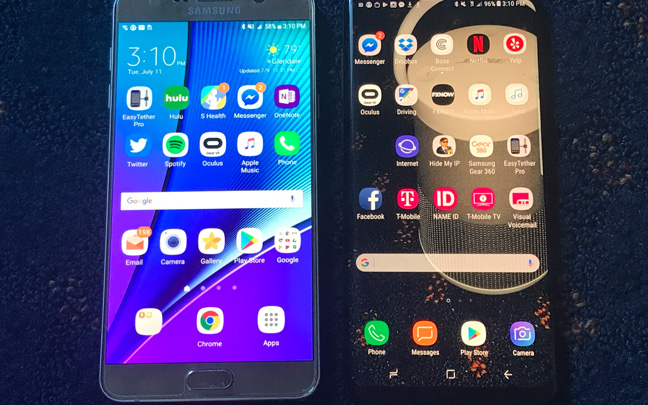 This weekend, I tried an experiment. Given, it wasn’t that important of an experiment and I admit to being bored as hell. But I took my SIM card out of my Galaxy S8+ and put it in my old (less than 2 years really) Galaxy Note 5. I wanted to write some handwritten notes for an interview and thought that since the Note 5 was updated with the the latest version of Android (Version 7, Nougat), I wouldn’t miss my S8+ much. Boy was I wrong.

The Galaxy Note 5 is the most recent Note device that’s on the market due to the Note 7 being recalled. The Note 7 was the perfect smartphone, but it doesn’t help to dwell on what could have been had the device gone under stricter quality control checks. Even though the Note 5 has the same screen size (5.7-inches) and pixel density (1440 x 2560 pixels) as the Note 7, the Note 5 feels less solid, and the screen edges don’t curve like they do on the Note 7. 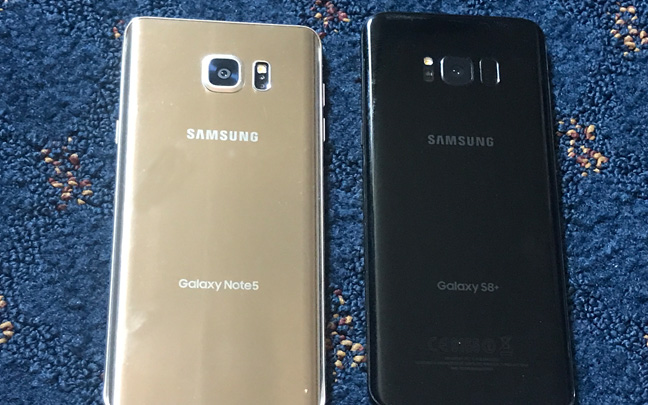 Both the Note 5 and Galaxy S8+ only have monaural sound, but the speaker on the Galaxy S8+ has a fuller and more vibrant sound than the tinny Note 5 does. The speakerphone feature on the Galaxy S8+ also works better, although using both devices as a regular phone reveals the same sound. 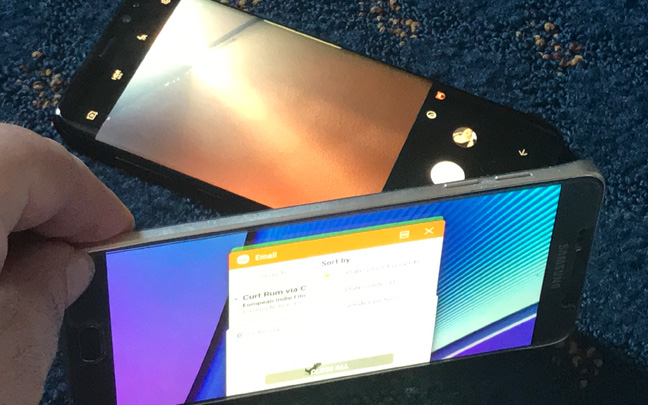 The Samsung Galaxy Note 5 was a great phone for its time. But one has to remember that one year in smartphone time feels like 100 years in the real world due to all the advancements being made. If you really miss the S Pen and think going back to the Galaxy Note 5 will fulfill your needs, you are making a huge mistake. It’s best to wait another month or two for the Galaxy Note 8.

Daryl Deino has been a technology enthusiast since 1995 and has written for several newspapers and technology sites. Please reach him at [email protected]
View all posts by Daryl →
This entry was posted in Video and tagged Galaxy Note 5, Galaxy Note 8, Galaxy S8. Bookmark the permalink.