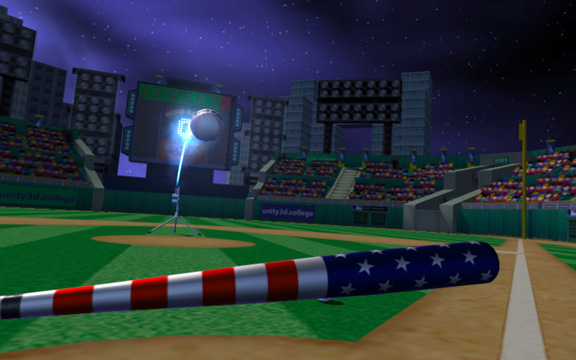 The thought of a VR baseball simulation may make some dizzy, but VR Baseball – Home Run Derby has produced a simple experience that not only makes you feel like you are a batter, but it can help you practice to play baseball or softball in the real world.

A couple weeks back, I was cast as a softball player for a major television show (I can’t list which one yet because it hasn’t aired and I signed a confidentiality agreement). They wanted someone who could hit well and specifically hit a grounder to third base. Even though I hadn’t played baseball or softball for 20 years, I took the job. After hanging up the phone, I feared that the next day would be a disaster and that I would never be cast in anything again.

I needed to practice! After doing some research, I purchased VR Baseball – Home Run Derby for the HTC Vive virtual reality headset. The game offers continuous batting practice. Perhaps complete a complete VR baseball experience, where you actually run the bases, is not too far away. But that wasn’t needed that evening. 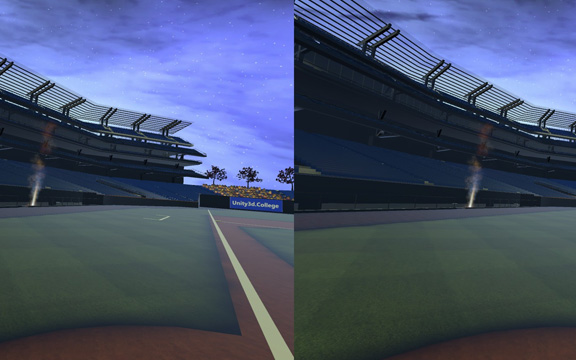 When the game started, I had a choice of different bats and different sized balls to hit. I chose a softball, got behind the plate, and started hitting the balls, which are continuously pitched to you for a couple of minutes. It felt like REAL softball. I used the same hand and eye coordination that I used when playing twenty years ago.

I first wanted to hit the ball over the bleachers, but kept hitting grounders. I remember what my coach used to tell me about not taking my eyes off the ball when looking at it. That advice helped me in the virtual reality world too. Whenever the ball flew into the stands, my body felt a great feeling of satisfaction as the audience cheered and fireworks hit the sky. 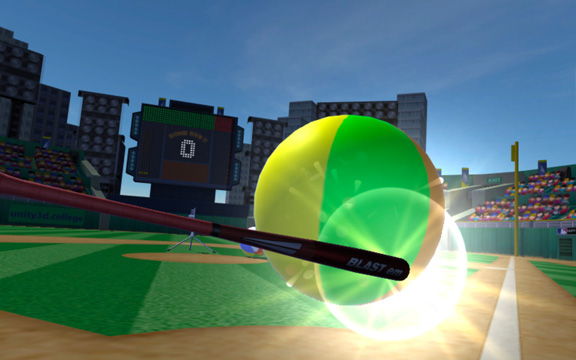 The game allows you to choose from several types of bats and balls.

Then, I wanted to practice hitting specific grounders to third base. I forgot how to do this, so I looked on the Internet. Apparently, I had to position my feet a certain way and flip my wrist as I hit the ball. Then, I entered the virtual world and followed the advice. After a couple foul balls, I was consistently hitting grounders to third base. Then, I started using different bats and different sized balls, including a baseball, and practiced hitting a fly ball to first base. I wasn’t as successful as I was with third base grounders, but still did a satisfactory job.

You don’t have to be an expert baseball or softball player to enjoy VR Baseball. Even if you don’t use the game to practice for real games, it still is great for exercise. After two rounds of batting, you can expect your heart rate to get really high. VR Baseball — Home Run Derby is far from the best VR title, but it’s one of the best in showing how VR can help in the real world.

Daryl Deino has been a technology enthusiast since 1995 and has written for several newspapers and technology sites. Please reach him at [email protected]
View all posts by Daryl →
This entry was posted in Review and tagged HTC Vive, Virtual Reality. Bookmark the permalink.