Unboxing The 2017 Gear VR With Controller 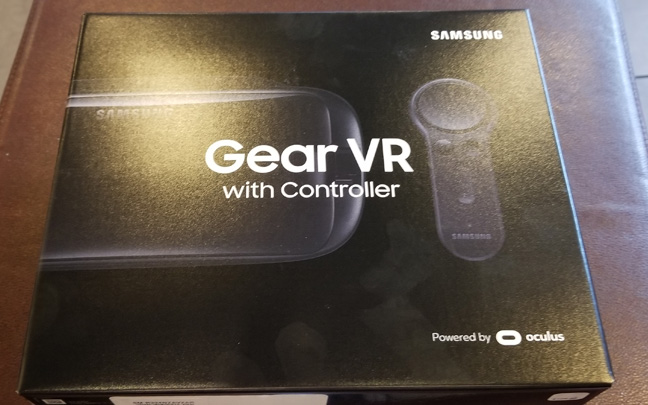 I received the Gear VR yesterday as a free promotional item with the purchase of my Samsung Galaxy S8+, which I may not end up keeping (that’s for another article). I was looking forward to trying the new Gear VR, especially because it now comes with a controller that will remind you of an awkwardly bent spoon. The whole package will cost you $129.

The first thing I realized is that I’m not as excited by the prospect of mobile VR as I was when I first started wriitng this column for iReTron at the end of 2014. Part of this is due to the release of the HTC Vive in 2016, which runs on a desktop PC and offers an experience far more advanced. I understand mobile VR still has its purpose, but it really hasn’t advanced much, and the new Gear VR shows that. 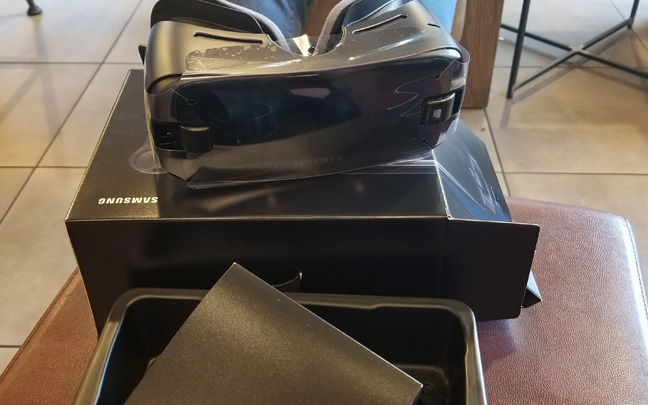 The most important aspect of the Gear VR, however, is the phone it is used with. The Samsung Galaxy S8+ offers a noticeably smoother performance than previous Galaxy smartphones. The Galaxy S8+ has a display that offers 529 PPI — far more than enough for a 6.2-inch screen, but still not enough to avoid a screen door pixel effect in the VR world. Perhaps the regular Galaxy S8, which has 571 PPI, will offer a slightly more vivid VR experience. However,  I have yet to test the smaller version of Samsung’s new smartphone series.

To make things more complicated, the new Gear VR with Controller wasn’t the type of device I was able to take out of the box and start using right away. I understood I had to download the new Oculus VR software, which is improved from previous versions, but connecting my S8+ to the Gear VR was a huge hassle. I not only had a difficult time locking it in place, but the adapter used to connect the USB-C port on the S8+ kept falling out. Popping it back in was a little more difficult than I would have liked. Still, each time I completed the attachment process, it felt like the back of my S8+ would crack. 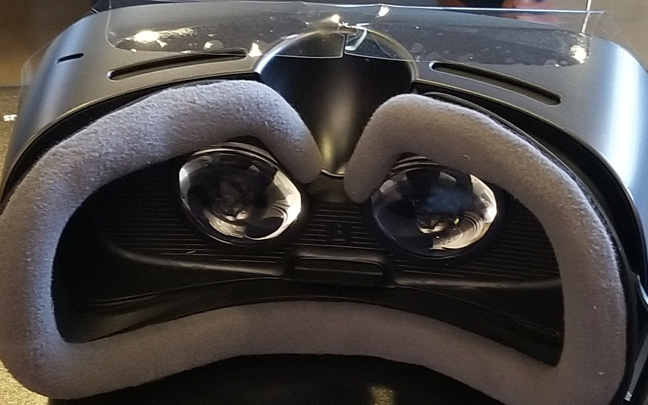 When the hardware and software finally clicked together, I was able to appreciate the improved experience with the controller. It felt good not having to reach to the side of the headset anymore. Admittedly, I didn’t try out any of the software titles that were specifically made for the controller, but concentrated on apps such as Netflix, Hulu, and the Oculus Theater. These were all exciting at first, but didn’t keep me interested. Perhaps when a 4K screen appears on a mobile VR set, that will be different.

I’m not knocking the new Gear VR. In fact, if you have a recent Samsung Galaxy smartphone (most that have come out since 2015) that’s listed at the bottom of the new Gear VR page, I would easily recommend it. But if Samsung wants to make mobile VR a mainstream consumer technology in the future, they will have to do better.

Daryl Deino has been a technology enthusiast since 1995 and has written for several newspapers and technology sites. Please reach him at [email protected]
View all posts by Daryl →
This entry was posted in Review and tagged Gear VR, HTC Vive, Samsung Galaxy S8, Virtual Reality. Bookmark the permalink.