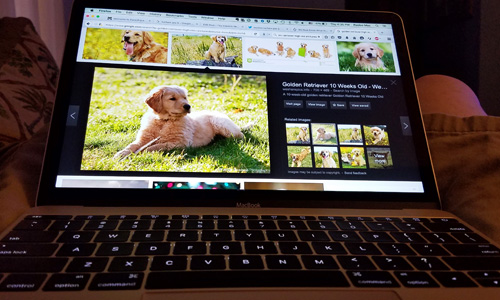 Apple quietly updated the 12-inch MacBook this week, and the changes aren’t as big as some would have hoped. As the Verge notes, the use of Intel’s new 6th generation Core M processor provides up to 20 percent faster speeds. The processor also helps improve battery life.

I’ve been using a review unit for the past day or so and I can confirm the MacBook is now slightly faster. However, like the 2015 MacBook, I find myself wishing it was even faster or, better yet, wishing it had an Intel Core i5 or i7 processor. The latter would make the MacBook not exist, because a fan would have to be included — something that would be impossible to include in the unit’s thinner-than-thin display. 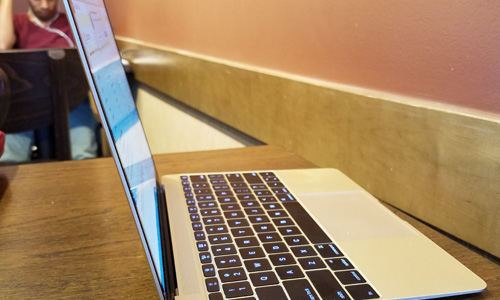 The MacBook is a dream ultraportable notebook for bloggers.

Maybe the (slightly) increased speed has influenced me to like the MacBook a whole lot more than I did last year, even though it’s really not that different. First of all, I now love the butterfly keyboard — something I detested last year. Yeah, the keys don’t have a lot of travel, but the way they are built doesn’t require it. I can type just as fast on this as I can on the 13-inch MacBook Pro Retina.

If one can just forget about the $1299 price for a minute, the MacBook is the perfect notebook for bloggers like myself. The MacBook is really the notebook that can replace your high-powered laptop, not the iPad Pro. The experience of writing a blog post, surfing the Internet for research, and editing photos with Photoshop for my posts is only slightly slower than doing the same on the MacBook Pro or Surface Pro. You only notice the huge speed difference when you edit videos. However, you are completely misguided if you are buying the MacBook for that purpose.

I am also impressed with the audio from the MacBook. I don’t know if it has really improved from last year’s version or if my ears are just noticing it more, but I notice that–when compared to other ultraportable notebooks such as the Dell XPS 13 and the Surface Pro 4 — the sound is fuller and has more bass to it. I can feel the “thump” of the bass when I play EDM songs. This is a technical marvel, especially given how small and thin the MacBook is.

The MacBook hasn’t improved its 480p FaceTime camera and one would be better off using their iPhone or even the iPad Pro for video conferencing. Still, this is only a minor flaw. The lower-end version of the MacBook may cost $1299, but it may actually be worth the price.

Daryl Deino has been a technology enthusiast since 1995 and has written for several newspapers and technology sites. Please reach him at [email protected]
View all posts by Daryl →
This entry was posted in Review and tagged iPad Pro, Macbook, MacBook Pro. Bookmark the permalink.