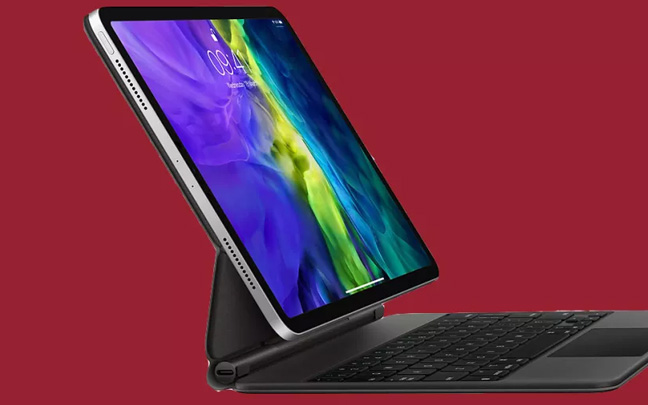 The iPad Pro 2020 has been released with minimal fanfare.

Don’t get me wrong — the 2020 iPad Pro, which is available now for purchase, looks like one helluva media consumption device. The spec bumps are minor — it has Apple’s new A12Z Bionic chip, a RAM update (from 4GB to 6GB), and a double-lens camera on the back for more professional pictures.

Best of all, it becomes more like a laptop in that there is an optional Magic Keyboard with a trackpad and keyboard that looks similar to the one on the new MacBook Air. Of course, that’s $300 to $350 extra. By the time you buy the whole iPad Pro buffet (don’t forget that an Apple Pencil 2 costs $129), you may be paying more than you would for a MacBook Pro.

The reviews so far have been glowing, with Wired claiming that the new iPad Pro has come closer than ever to being able to replace your laptop.

“But those who think that Apple has just capitulated, admitting defeat adding trackpad and mouse support to its tablets are missing the wider picture. In fact, this is a natural evolution of the product – the path it was always going to take.”

The Verge has given the new iPad Pro an 8/10 rating, with columnist Dieter Bohn praising the fast display, the speed, and the excellent trackpad support. He notes that Apple has been filling in the gaps year-by-year to make the iPad more of a computer than just a tablet.

If Apple really wanted to fill in the gaps between its flagship tablet and laptop, they would simply put macOS on the tablet instead of iOS. The iPad Pro can certainly handle macOS now, but Apple doesn’t want it to. Then, people would only have to buy one device instead of two. Apple is in the business of making money, and who can blame them?

There are rumors that Apple is going to be making a big upgrade to the iPad Pro this fall, so perhaps it’s not completely right to obsess over what the new iPad Pro doesn’t have. With 5G becoming mainstream, you can bet the new iPad Pro will have 5G capabilities. We can always hope it will have macOS as well.

Daryl Deino has been a technology enthusiast since 1995 and has written for several newspapers and technology sites. Please reach him at [email protected]
View all posts by Daryl →
This entry was posted in Tech News and tagged iPad Pro, MacBook Air, MacBook Pro. Bookmark the permalink.