The Motorola Razr Is Back, And This Time It Folds 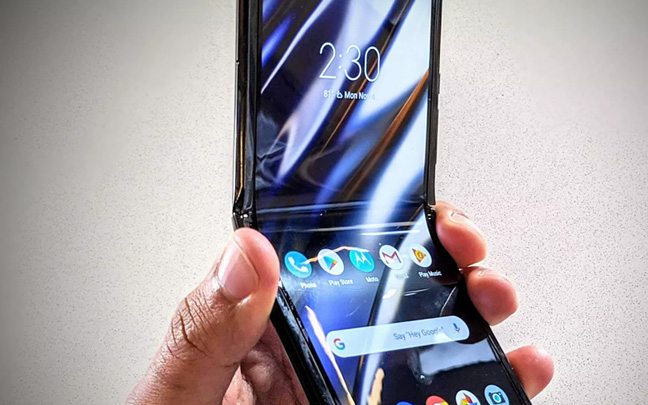 Motorola's new foldable Razr will be available on February 6.

The 2005 version of the Motorola Razr was groundbreaking: It was classy, thin, and reliable. It also had a 640 x 480 pixel resolution camera, which was considered good at the time. Many people could be seen carrying this phone around in the mid 2000s.

Motorola has done fine in the 2010s (remember the Droid?), but they haven’t been considered truly relevant in the smartphone industry for several years. However, that could change, as Motorola is bringing the Razr back.

This time, the Razr has a 6.18-inch AMOLED display with a 876 x 2142 pixel resolution. But the big news is that it folds out. And unlike other foldable smartphones (Hello, Samsung!) that have failed with horizontal foldouts, this smartphone folds vertically. 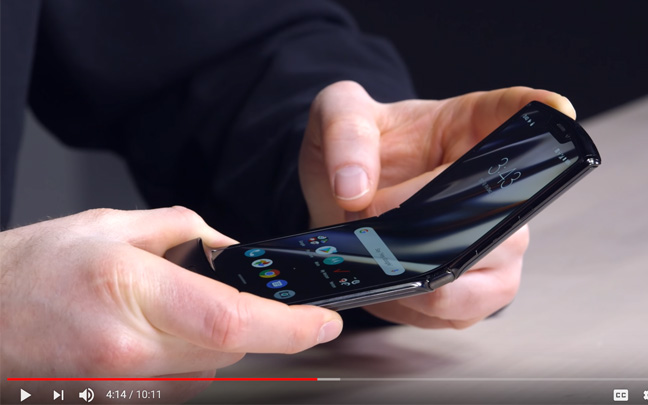 The Razr will be available for pre-order on January 26 and will be exclusively available on Verizon. It will be sold at Verizon stores, Walmart, and Motorola’s own site. The phone will be shipped out for delivery on February 6, the same day it can be purchased at stores.

“The Motorola Razr 2019 does an admirable job of reviving an iconic design in a new foldable form factor that defines what it means to stand out – yes, the phone everyone had 15 years ago is now something to make you stand out,” claims TechRadar, adding that the price is too high and the performance is limited.

The Verge is impressed with the way the phone feels.

“With all of that out of the way, how does it actually feel to use the new Razr? The answer is great. It’s been years since there’s been a truly viable high-end flip phone, and it’s easy to forget just how enjoyable that flip phone experience is. Picking up the new Razr immediately brings you back.”

However, author Chaim Gartenberg doesn’t like the fact that the new Razr is difficult to fold with one hand and the fact that hinge is a little stiff — a problem that has plagued all foldable smartphones. 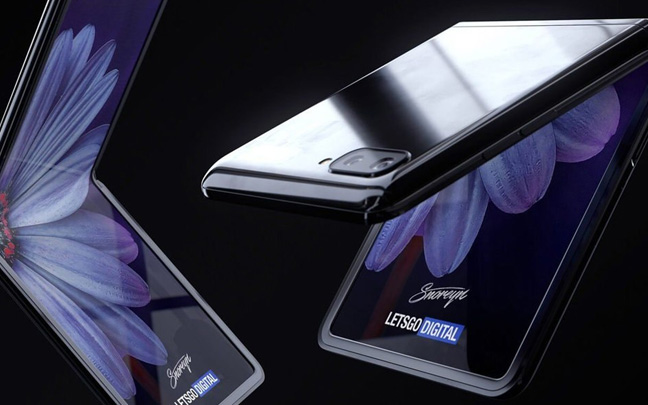 Still, it looks like the new Razr could be a hit. One big obstacle for Motorola is the fact that Samsung is introducing the Galaxy Z Flip early next month. Its format is similar to the Razr, except it has more power. We’ll see who wins the foldable smartphone race within the next couple of months.

Daryl Deino has been a technology enthusiast since 1995 and has written for several newspapers and technology sites. Please reach him at [email protected]
View all posts by Daryl →
This entry was posted in Tech News and tagged foldable smartphones. Bookmark the permalink.