I’m really looking for Samsung to make a comeback with their Galaxy Note line. Last year’s Note release was tragic, of course, mostly for the fact that it blew up in people’s faces. But another part of the tragedy is that it ruined what is perhaps the most useful smartphone series ever.

People laughed when the first Galaxy Note came out in 2011 and said that the stylus was outdated by five years. It was, of course, until the Galaxy Note made it relevant again. It provided Wacom technology and allowed people to take handwritten notes, which could be searched. Samsung really didn’t perfect the technology until the release of the Galaxy Note 3 in 2013.  2014′s Galaxy Note 4 was the first smartphone to come with VR capabilities.

The Galaxy Note 5 was a slight upgrade from the Note 4, but it was the Note 7 that proved to be the ultimate smartphone. The screen, build quality, power, and note-taking capabilities were all outstanding. I was upset with Samsung during the first recall, but was furious after the second one, especially after my phone was bricked thought a “software update.”

I forgave Samsung– how can one not when they, along with Apple, are the most innovative tech company in recent times. The Galaxy S8+ is an almost perfect smartphone save for the single-lens camera and the fingerprint reader that’s (unfortunately) next to the camera and is hard to reach at times. 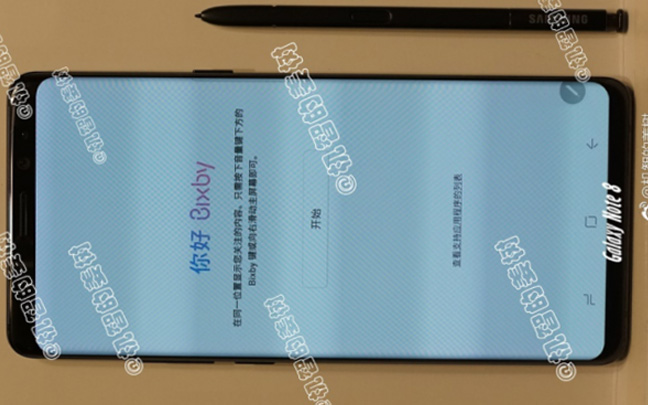 There have been a lot of rumors about the Note 8, and some who like constant change aren’t happy that it will look almost like the Galaxy S8+, except with a fingerprint reader (possibly) under the screen and a dual-lens camera. As the saying goes, “If it’s broke, don’t fix it.” And since the two minor flaws of the Galaxy S8+ are being fixed, I say Samsung is doing the right thing.

The second half of 2016 is shaping up to be one of the best ever for smartphones. The sooner the Galaxy Note 8 arrives, the better our lives will be.

Daryl Deino has been a technology enthusiast since 1995 and has written for several newspapers and technology sites. Please reach him at [email protected]
View all posts by Daryl →
This entry was posted in Video and tagged iPhone 8, samsung galaxy note 8. Bookmark the permalink.