The Foldable Laptop May Be The Notebook Of The Future 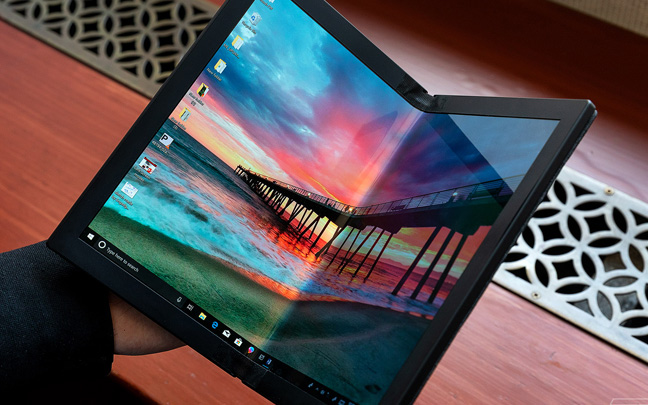 Lenovo has a foldable laptop prototype.

“It’s not just a cool tech demo, either: Lenovo has been developing this for over three years and has plans to launch a finished device in 2020 as part of its premium ThinkPad X1 brand. The goal here is a premium product that will be a laptop-class device, not an accessory or secondary computer like a tablet might be.”

The article adds that the computer has a 13.3-inch 4:3 2K OLED display that can fold up to the size of a hardcover book. When you fold it half open, the lower half can be used as a keyboard, though it appears that using the Bluetooth keyboard works better. Of course, this is only a prototype, so who knows what the final version will look like.

But although I still can’t imagine the majority of people using a foldable phone in the next five years, I’m willing to bet that the foldable laptop will go mainstream. There are just so many uses for this type of device — a laptop, a digital writing pad, an e-reader, a tablet. I can imagine these eventually being used a lot in classrooms. 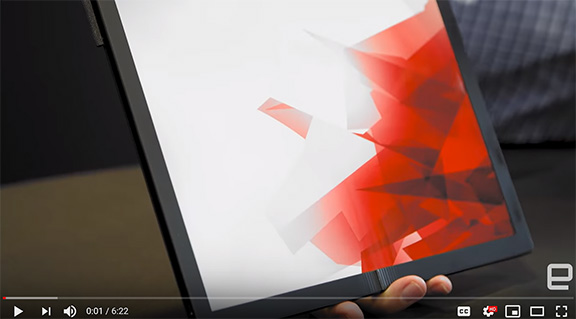 In order to succeed, however, this new foldable device absolutely needs to be a laptop replacement. It can’t be a laptop companion — that’s why the first PC tablets failed,  and that also explains the Ultra-Mobile PC failure of the late 2000′s. The Surface Pro was the first successful Windows PC tablet, and that’s because this tablet also was a powerful laptop. It didn’t make too many compromises as a laptop or tablet. 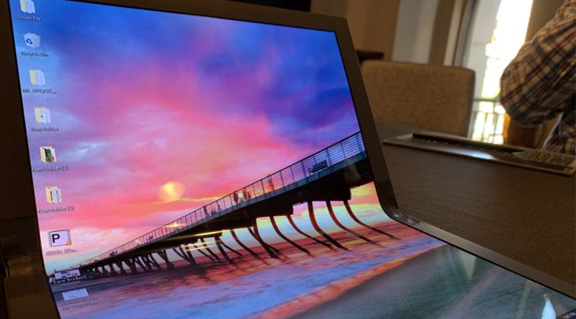 I have a feeling that we’ll be waiting more than a year for the first foldable laptop to become available, and instead of being by Lenovo, it will be made by Huawei. Soon, we’ll see foldable laptops from Dell, Microsoft, and HP. Apple will be late to join the game, but will delay it’s foldable laptop until they guarantee it works to perfection.

As for now, I am typing this on my HP Spectre x360, and I am thinking that this may be the last laptop of its kind I will own. The next couple years will radically change the laptop world just like MacBook Air did 10 years ago. It’s going to be an interesting ride.

Daryl Deino has been a technology enthusiast since 1995 and has written for several newspapers and technology sites. Please reach him at [email protected]
View all posts by Daryl →
This entry was posted in Tech News and tagged Lenovo, notebooks. Bookmark the permalink.