Technology Has Taken Away The Joys Of Going To Bookstore 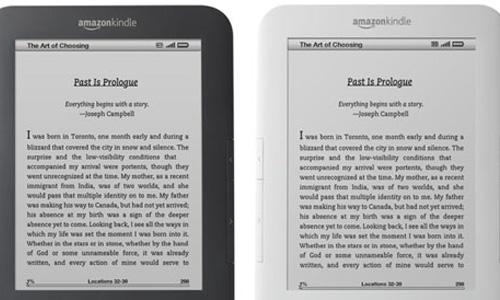 Did Amazon's kindle ruin it for bookstore lurkers?

I miss the old days. Of course, when talking about the old days, I’m referring to just ten years ago. I lived in Torrance, California and there was a Border’s Bookstore right around the corner. Barnes & Noble was a couple miles away.

It wasn’t just that they had a lot of books; it was the whole bookstore atmosphere. I miss meeting people who were interested in reading the same things I did. I miss taking a book out from the shelf and sitting down on the floor when there weren’t any chairs available. I miss taking my laptop to the store to get work done. I miss the overpriced coffee counter. I even miss the magazine section.

Amazon released the very first Kindle at the end of 2007. CNET gave the device three-and-a-half stars.They liked the high-contrast screen that did a really good job of simulating a printed page from a book. They also liked “Whispernet,” which was a data network that didn’t require a PC.

I remember looking at the Kindle and thinking that although it would make a great Christmas gift, in no way would it lead to the end of the bookstore. Unfortunately, I was completely wrong. There weren’t many books available on the Kindle, but that changed in a couple of years. The Kindle was also able to read PDF documents — something very useful for people who downloaded books in PDF format.

Amazon’s updated Kindle was released in late 2008 and was a wonder. It now had a thumb keyboard and companies such as the New York Times started to release their publications to the device. As more books became available, heavy readers saw the convenience of having everything they need in a device the size of a book. The Kindle now had an experimental web browser that would be improved in future editions.

There were other e-readers which soon went mainstream. Barnes & Noble released the Nook in 2010. However, the release of the first iPad in 2010 is what finally killed the bookstore. By that time, people didn’t care about e-ink and just loved reading their books on an LED screen, which could be dimmed if needed. Apple’s iBook store was an instant success. By the end of 2010, almost every popular book was available in at least a couple different formats. 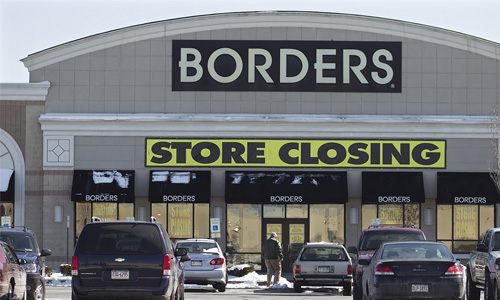 In July of 2011, Borders officially announced it was shutting down the rest of their stores. Barnes & Noble closed down many of their locations, even though some are still left. The days of the bookstore are gone. However, it’s quite possible that someone can create a virtual bookstore for the Oculus Rift or Gear VR, where former bookstore groupies can live out their glory days.

Daryl Deino has been a technology enthusiast since 1995 and has written for several newspapers and technology sites. Please reach him at [email protected]
View all posts by Daryl →
This entry was posted in Tech News and tagged Amazon Kindle, Bookstore. Bookmark the permalink.