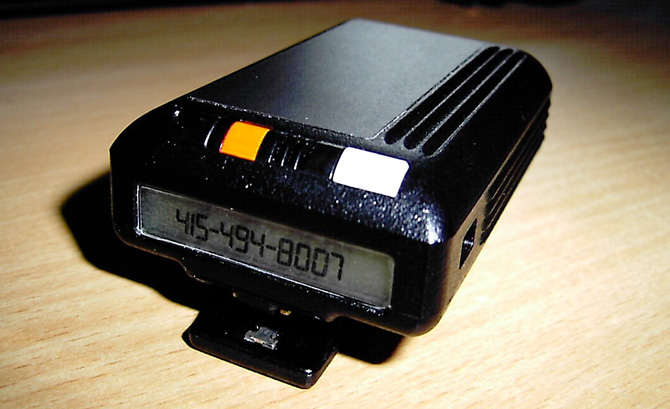 Here is a Motorola Bravo pager from 1994.

When one thinks of the 1990s, the pager is probably one of the first things that come to mind. They were especially popular between 1990 and 1998, before cell phones became smaller. In 1994, there were about 64 million pagers sold worldwide. It used to be that only doctors or other professionals who always had to be on call had pagers. However, the pager became a symbol of social status in the 1990s.

My first memory of pagers goes back to 1993. I was supposed to work video assist cameras on the film The Fugitive with Harrison Ford. I was so excited. I called my boss and didn’t realize I was calling a pager. I couldn’t leave a voice message for some reason and had to leave a number. I didn’t realize it was absolutely necessary to use the “#” symbol after I left my number. I was angry that I never got to work on such a classic movie and my boss was so angry that I was fired.

I bought my first Motorola Bravo pager in 1994 and thought it was the coolest thing. I think I had to pay $12 a month and it included voicemail. I was working and going to school at the time, so it really helped. When I got a page, I would head to the nearest payphone (remember those?). This was before cell phones were affordable. When I first moved to Southern California in 1997, the pager was more than helpful; it was necessary for survival. I didn’t really live anywhere for a while and needed a number where people could reach me at, especially since I was searching for jobs.

I still remember that tingling buzz sensation on my belt and being excited about a possible employer trying to contact me. Unfortunately, I also remember receiving a buzz sensation and saw a number I wasn’t familiar with. When I called it, I found out that one of my best friends was killed in a car accident. 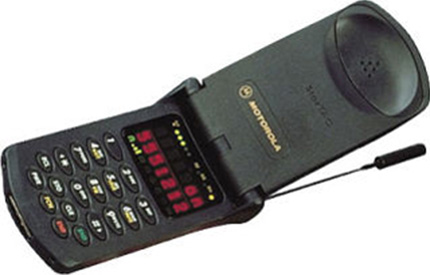 By the early 2000's, cell phones became small enough to attach to your belt instead of a pagers.

In the late 1990s, cell phones and cellular service became affordable enough to make the pager extinct. The main extinction really happened in the early 2000′s, when cell phones were small and portable enough to put on your belt in place of a pager. The cell phones not only replaced pagers, but landline phones as well. When pagers first became popular in the early 1990s, many didn’t expect that they would become extinct in such a short period of time.