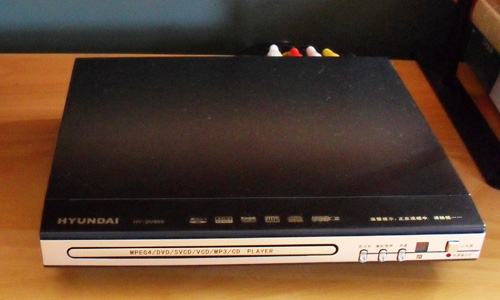 The first commercial DVD players came out in 1997.

The DVD player may not seem like much of a “flashback” product, given that some still use DVDs today. However, it’s easy to forget how groundbreaking DVDs were when they first came available in 1997.

Thinking of the DVD is sort of surreal since technology has advanced so much since 1997. But I still remember seeing my first DVD movie disk Twister. I saw it at Virgin Records (now closed down) in Hollywood, CA. It was so fascinating to me and my friends that they could fit a high quality movie on a disk that looked like a music CD.

The picture resolution, 720 x 480, was considered very high for the time. It was much better than watching a VCR tape and much easier to carry around. The first DVD players were $1000 and up, but dramatically came down within the next couple of years. By the end of 2000, you could easily purchase a DVD player for under $100.

My first DVD player came with my HP desktop computer in June of 1998. The computer itself was almost $2000. The first two movies I purchased were Contact and As Good As It Gets. I connected my HP to my big square television set and was amazed at the quality of the movies. Not only was the picture more clear, but the sound was much better as well. 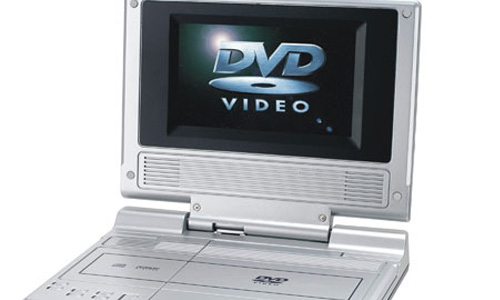 Portable DVD players came out in the early 2000s.

I remember that Blockbuster Video only had certain titles on DVD in 1998. By the end of 1999, it was uncommon for Blockbuster not to carry a popular movie title on DVD. Music DVD’s were excellent as well. My first music DVD was Alanis Morisette: Jagged Little Pill, Live. Having seen the concert live in the Summer of 1996, I was impressed with how the DVD really helped recreate the concert experience.

I enjoyed my DVDs so much that I couldn’t wait until the DVD recorder came out so I could record my own video disc. In June of 2001, I purchased a Sony Vaio desktop computer with a DVD recorder. Making DVDs wasn’t so easy at first; I had to re-encode all my videos to the 720 x 480 MPEG-2 format. The first DVD-R software was clunky, but people were absolutely amazed when they saw a homemade DVD.

Within a couple of years, most high-end laptops and computers came with a DVD-R or DVD-RW drive, so I was no longer unique. However, once the Blu-ray players came out, I was one of the first with a laptop that was able to record Blu-rays. My fascination barely lasted with that as it became more common just to record HD videos on a hard drive.

We take technology for granted, but the DVD player really was the beginning of portable high quality video discs. Going to the video store to rent the latest DVDs in the late 1990s was a cultural phenomenon. By the way, you can still purchase a DVD player at Amazon.com for $25.

Daryl Deino has been a technology enthusiast since 1995 and has written for several newspapers and technology sites. Please reach him at [email protected]
View all posts by Daryl →
This entry was posted in Review and tagged DVD, Technology Flashback. Bookmark the permalink.