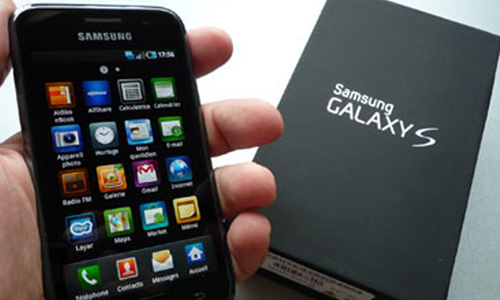 The Samsung Galaxy S was a revolutionary smartphone.

Samsung’s Galaxy S series really didn’t become a huge hit until the Galaxy S3 was released in 2012. However, when Samsung released the first Galaxy S in early 2010, it was obvious that they were on to something unique in the smartphone world.

“The Galaxy S could definitely do with a sprinkling of individuality, especially for customers looking for a viable iPhone alternative, not an iPhone look-alike. But its flaws are mostly skin deep, and once you immerse yourself in the class-leading 4-inch display you’re bound to forget any misgivings you had when you first pawed the stiff, plastic chassis.”

The main criticism with the first Galaxy S and the four that came after was the plastic chassis. Samsung used plastic to make the phone lighter and it worked. The Galaxy S had so many other things going for it that it was easy to forget and forgive the plastic build. It had a 4-inch 480 x 800 pixel resolution screen. This seems sub-par now, but it was decent for 2010.It was one of the first phones .3with an AMOLED screen. 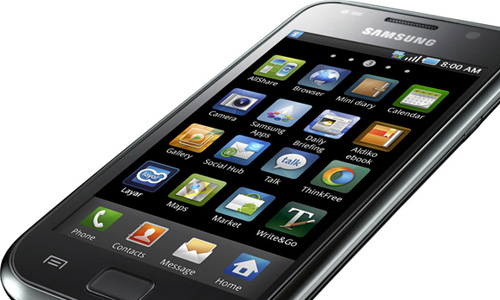 The 4-inch Galaxy S was considered large for 2010.

I remember testing out the phone back in early 2010 and it felt rather large. I was upset it didn’t have a thumb keyboard as I had just finished testing out another Samsung Android phone that did. However, it felt like a multimedia lover’s dream come true.

I remember that the camera also didn’t have a flash, but still took surprisingly good pictures in decently-lit situations. It was a 5MP camera, which took 720p videos — that was considered great for 2010. It had a front-facing .3MP camera as well.

Unlike the iPhone, one of the best things about the Galaxy S was that you could just load videos into a folder and play them, no matter what format. The iPhone’s native video app, till this day, only plays MP4 videos. Watching HD videos on a 4-inch AMOLED screen was a huge pleasure in early 2010.

The Galaxy S2, which came out just ahead of the iPhone 4s, had a 4.3-inch screen with the same 480 x 800 pixel resolution screen as the 4-S. The screen looked more pixelated, but the SII was one of the very first phones that took 1080p videos. Then, the Galaxy S3 came out in 2012 and the rest is history.

Daryl Deino has been a technology enthusiast since 1995 and has written for several newspapers and technology sites. Please reach him at [email protected]
View all posts by Daryl →
This entry was posted in Video and tagged Samsung Galaxy S. Bookmark the permalink.