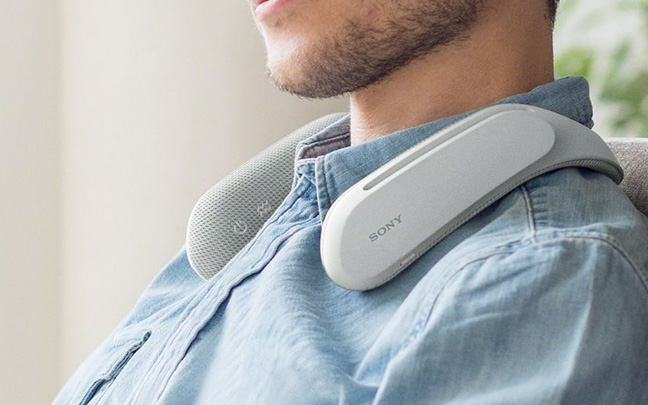 Now, Sony is trying to give Bose a run for their money — at least it looks that way at first. Like most Sony products, the SRS-WS1 is well designed and looks comfortable. The speaker vibrates to provide a more immersive environment. You can connect it with your stereo, television set, or even smartphone. The big problem — you can’t connect it through Bluetooth! Sony apparently forgot that it’s almost 2020, not 2000. .

“It’s also astounding to me that a wireless product doesn’t support Bluetooth, the most widely supported wireless standard out there. You can use a USB-C cable to quickly connect the speaker to a smartphone or tablet, but you’ll still have to deal with the battery draining eventually.”

Hardawar goes as far as to say if you are even considering the SRS-WS1, you should have a friend try and talk you out of it first. Ouch!

Unfortunately, Engadget has been the only site to provide a full review. But I did some research and found out that the SRS-WS1 is anything but new. It has actually been out in Japan for the last two years. It apparently hasn’t been a huge hit over there, but the people who do own it like it.

Perhaps the only way wearable speakers can break though commercially is if they are put on things that people usually wear, such as sunglasses. About a year ago, I reviewed the Bose Frames, and thought they were good, but not for everybody.

The sound on Bose’s sunglasses is rather tinny, although not awful. But they fit very comfortably and even with the volume on them turned high, the audio leak is barely there since the speakers are aimed right into your ears. The phone quality was very good, even when compared to Bluetooth headphones.

It will be interesting to see how the wearable speaker market develops in the next couple of years. Perhaps we’ll see wearable baseball cap speakers, wearable headband speakers, etc. Anything is possible.

Daryl Deino has been a technology enthusiast since 1995 and has written for several newspapers and technology sites. Please reach him at [email protected]
View all posts by Daryl →
This entry was posted in Tech News and tagged Bose, Sony, Wearables. Bookmark the permalink.