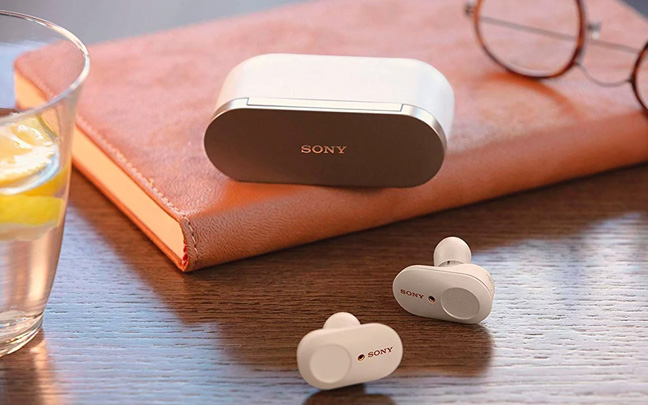 For the most part, Sony’s entry into the earbud era has been a disaster. In 2017, Sony released the WF-1000X earbuds, which I initially posted positive things about. It took me a couple more days to realize what a quality control disaster they were — short battery life, horrible phone calls, and poor connection consistency.

Last year, Sony released the WF-SP700N buds with some minor improvements. The voice call quality was still bad, but worked decently in quiet environments. The battery life remained awful, and the buds still had connection issues. But Sony isn’t known to just lie down and accept its failures; they went back to the drawing board.

The popular audio and video company has just announced the WF-1000XM3 wireless earbuds, and CNET refers to them as providing “the best-in-class true wireless sound.” At $230, Sony’s new wireless and noise-cancelling earbuds have a new design, new case, newly improved battery life (6-8 hours — incredible if true), and new noise cancelling microphones for phone calls.  They are also Bluetooth 5.0, which helps in terms of connection and, in some cases, sound quality. Basically, they are supposed to represent the fantastic over-the-ear WH-1000XM3 in a much smaller form.

The Verge claims Sony’s new earbuds are its best answer to the AirPods yet, and especially complements the noise cancellation.

“Sony says it has improved the active noise cancellation on the M3s compared to the original WF-1000X, and I can attest to that. Whereas the first model felt like it offered little over the noise isolation you get with a good earbud seal, here the effect is definitely more pronounced and noticeable.” 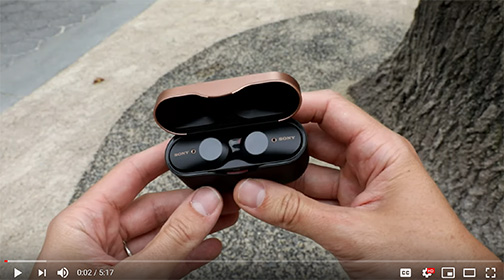 The article notes that thanks to the new Bluetooth 5.0 chipset, each of the two earbuds makes its own connection to your phone without depending on the other. This means you can use one earbud to make a voice call while the other charges in the case. The new buds also cut down audio lag when watching videos — this has been a huge negative for Sony’s past two attempts at earbuds.

The biggest thing missing is some type of waterproofing. As someone who swims a lot these days, I am patiently awaiting for earbuds I can go swimming with. If I can’t go swimming with them, I’d at least like to keep them on in the shower. This blog will have an in-depth review of the WF-1000XM3 earbuds next month.

Daryl Deino has been a technology enthusiast since 1995 and has written for several newspapers and technology sites. Please reach him at [email protected]
View all posts by Daryl →
This entry was posted in Tech News and tagged Sony Earbuds. Bookmark the permalink.