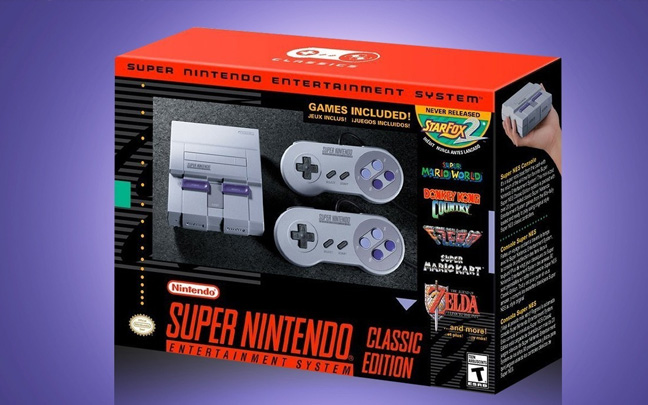 Last November, the NES Classic, a miniature version of the original Nintendo Entertainment System from 1985, was released. It came with 30 pre-installed games and a controller. I actually still have my original NES that I received for my birthday in 1986, so I didn’t feel nostalgic enough to buy a new one.

The NES Classic launch was an absolute disaster that caused fist fights at retail outlets. Demand was so high on Amazon that the site crashed. So, there were hopes that Nintendo learned their lessons and made sure there was enough supply of the SNES classic in order to avoid the same hassle from 2016. And it looks like Nintendo lived up to those hopes. Polygon has the news.

“I waited in line for just an hour this morning, and the same GameStop that had only five units last year (!) had 12 this year. I was number 11. There were a half-dozen people behind me who left disappointed. But just over the bridge in Cherry Hill, New Jersey, a friend was at a Target with 50 units and no lines.” 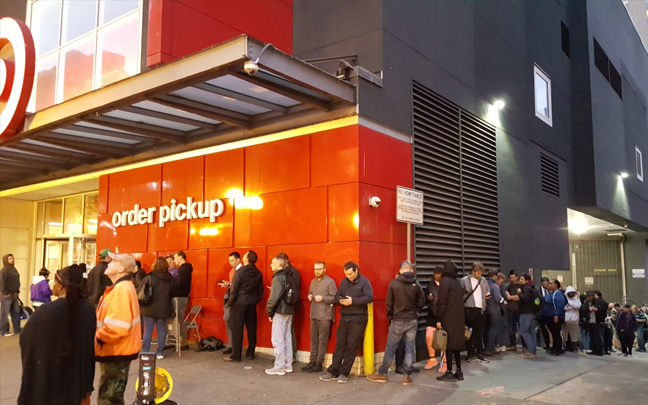 People stand in line at Target for the new SNES Classic.

In checking with stock at GameStop and Target around here, it appears that all the initial shipped units are sold out. But it’s 3:30 p.m. as I write this, so if someone was really desperate for one, they would have certainly purchased it by now. I have been spending a little too much money on electronics lately, so I decided to skip out on this the SNES classic (for now), even though I love retro gaming.

I think people play retro games in order to relive their past a lot more than they do for the fun and gameplay.  We have a desire to go back to a time things were more innocent. I remember receiving the SNES as a gift in 1991. I was a little nervous getting this as a gift; I thought I would (once again) get addicted to a video game system, and my fears were realized 100 percent.

Instead of studying, I played Super Mario World over and over again. When I wasn’t playing Super Mario World, I was trying to figure out Sim City. I was able to get over my addiction (and it was a serious one), and stopped playing for a year. When I played again, I was able to do it in moderation. Some of my favorites were Street Fighter II and Legend of Zelda.

Perhaps the best SNES game was Donkey Kong Country. As a fan of the original Donkey Kong released during the 1980s, this 1990s version captured the fun of the original, but made it far more challenging and exciting. After all, this was 1994, and Nintendo needed to prove they can live up to the times. 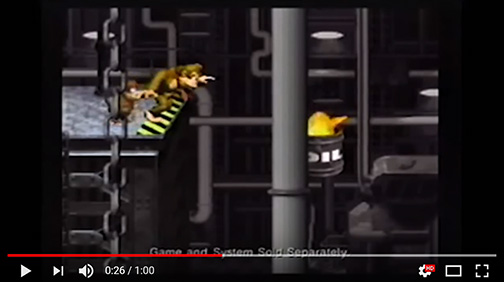 Donkey Kong Country was groundbreaking in terms of graphics and gameplay. There would be future versions of this new Donkey Kong series, but none lived up to the original — at least in my opinion. Thankfully, this classic game is included with the new SNES Classic.

Some of the other games included in the bundle are Mega Man X, Super Punch Out, and Final Fantasy III. The more I write about this, the more I find myself wanting this. Perhaps the SNES Classic will be a Christmas gift to myself.

Daryl Deino has been a technology enthusiast since 1995 and has written for several newspapers and technology sites. Please reach him at [email protected]
View all posts by Daryl →
This entry was posted in Tech News and tagged NES Classic, Super NES Classic. Bookmark the permalink.