Samsung’s Gear S2 Watch Could Be A Winner 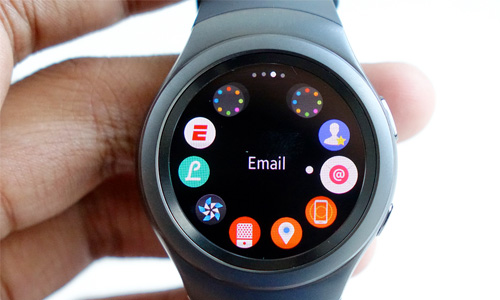 Samsung's Gear S2 has caused a lot of excitement in the smartwatch industry.

Samsung unveiled the Galaxy S2 smartwatch earlier this week and early reviews are positive. BGR, who usually doesn’t like anything that competes with a product from Apple, has some good things to say.

“Samsung did a good job on the S2, and though I’ve only spent a short amount of time with it so far, I already view it as a better option for Android users than any current Android Wear watches.”

Engadget claims that Samsung has finally delivered an elegant smartwatch.

“What is a surprise, though, is how much more elegant, more polished the S2 feels compared to just about all of Samsung’s previous attempts. After years of seemingly blind iteration (and just a little bit of hands-on time), Samsung finally seems to have a style, if somewhat controversial smartwatch on its hands.”

What I find the most interesting is that despite all the rumors that said Samsung’s new watch will only work with Samsung devices, it appears that it will work with just about any Android phone, as long as it has 1.5GB of RAM. The device must run Android 4.4 and up as well. 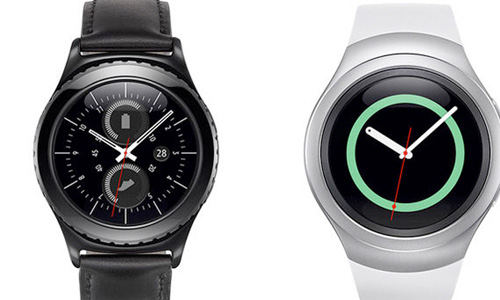 Samsung will release different versions of the Gear S2, including one that has a 3G radio.

I really like the rotating bezel on the S2 that I am seeing in the videos. It really gives the device a more interactive feel than the Apple Watch, which is good in its own right. There is a version that has 3G as well. That means if you have T-Mobile or AT&T, all you need to do is swap out the SIM card from your phone and put it in the watch. The process takes about 30 seconds max.

I know people may not agree, but I can definitely see smartwatches taking over smartphones for a lot of people. Of course, the screens would have to be bigger than 42mm and people will have to get used to wearing bigger watches than usual on their wrists, but it’s going to happen. If my Apple Watch didn’t require the iPhone, I wouldn’t carry my iPhone 6 Plus with me around all the time.

There still is no exact release date for the Gear S2. But the early reviews indicate that it will certainly give the Apple Watch a run for its money. By then, Apple should unveil watchOS 2, which will make Apple’s device significantly more useful than it already is. 2015 will definitely be the year of the smartwatch wars and hopefully, by 2016, the smartwatch will be embraced by the general public.