Two Days With The Samsung Galaxy Z Fold 3: The Good And The Bad 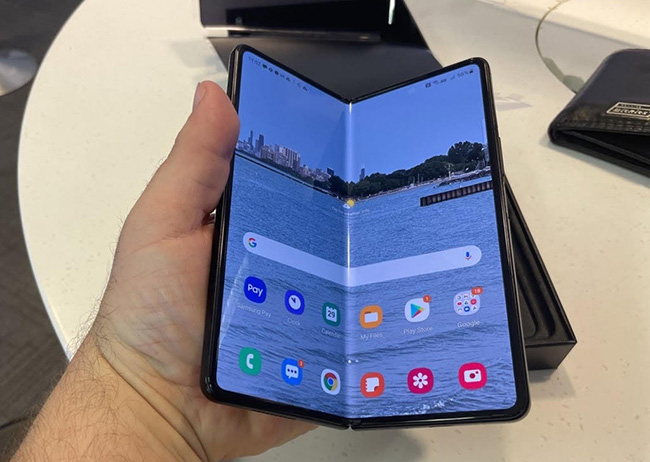 It has been a difficult task getting a hold of Samsung’s Galaxy Z Fold 3. Moral of the story: Don’t ever pre-order anything from Best Buy and expect your order to arrive on release day as promised. But, I digress.

I’m not going to get into details, but I got a hold of The Z Fold 3 after hours of trying to do so. Was it worth all the effort? For the most part, yes. There are many minor improvements when compared to the Galaxy Z Fold 2. But I’m not sure the Z Fold 3 is completely ready for prime time. It’s still more of a niche product, though it is excellent at being that. Let’s take a look at the positives and negatives.

I didn’t think there would be much of a change from the Z Fold 2, which already had an excellent screen. But the Z Fold 3 gets noticeably brighter. And that makes it easier to use outside. But you may not want to turn up the brightness too much, and I’ll explain why when I get to the negatives (cough…battery life…cough).

Multitasking is a pleasure. You can put two apps side by side or vertically. If you want, you can even operate three apps at once. There are more apps this time around that work with multitasking.

The coolest thing is the “Labs” setting, which lets you optimize most apps for the screen. For example, I was able to force Instagram to be displayed across the full screen. You can change aspect ratios for almost any app. There are other things you can do to optimize apps, but I haven’t gone through all the settings.

Overall, it just feels more like a tablet experience than a tablet phone with enlarged apps made only for smartphones. There are many apps that are made for “Flex” mode which allows — when folded — an app to operate on the top half while the controls and options are on the underneath half. You can also turn off the “Flex” mode if you don’t mind a full-screen app when folded. I like watching Hulu this way. 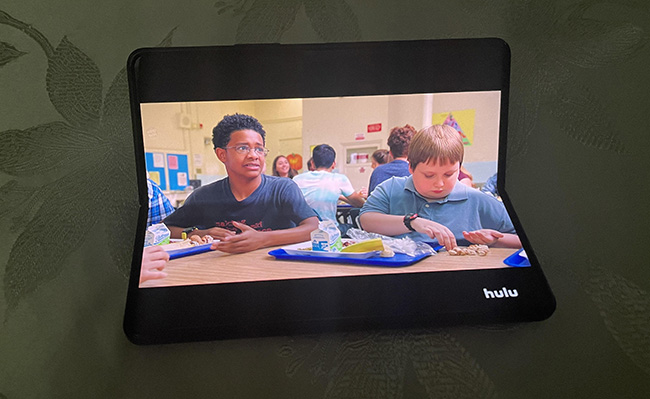 Videos look quite interesting with the screen folded.

Unfortunately, finding the new S Pen at a store is even more difficult than finding the actual Galaxy Z Fold 3. I was able to try it out at the store, and I really like it. Yes, it’s a real bummer that you have to spend $50 on a specialized S Pen for the Fold, but once you use it, you’ll forget about the price. The writing is smooth, there is barely any lag while writing, and the convenience is fantastic. The specialized S Pen doesn’t have all the complete features of the regular S Pen, but it’s still a great addition to the Fold.

I can confirm the battery life, so far, is slightly worse than it was on the Galaxy Z Fold 2. I had to recharge the new Fold after playing Netflix for almost 4 hours. There is no way the Fold 3 is going to last you all day, so please bring a charger to avoid frustration. 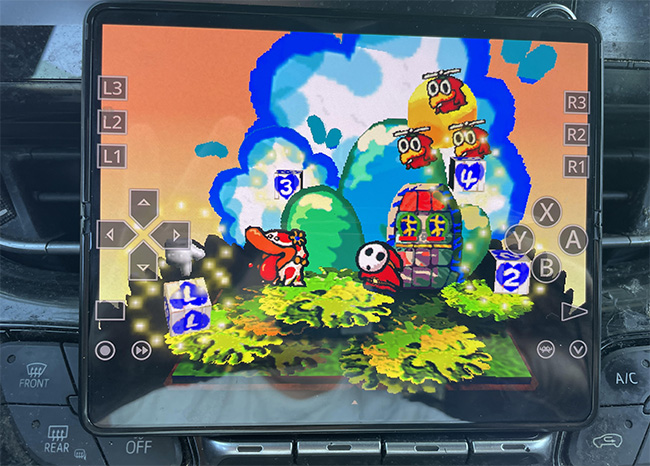 Playing games on the Fold 3 can eat up a lot of battery life in a short time.

It would be great if you could just operate the phone from the front, when it’s folded, if you want to. Technically, you can. However, the Galaxy Z Fold 3′s front screen is just damn too thin for most eyes (and fingers). It would be great if they can come up with a more square option on next year’s fold, but that may not be possible with the way the phone is engineered when put into tablet mode.

On paper, putting the tablet selfie camera under the screen sounds groundbreaking and cool. However, you can still see the camera – it looks like a bunch of pixels. Your eyes will ignore it after a while, but for those who have OCD — it’s visibly there. And the pictures it take take a hit, although Samsung does do some weird post processing.

This isn’t too much of a big deal, especially because one can take selfies with the main camera since the outside screen works as a viewfinder. One can also fold up the phone completely and take pictures with the front camera. Still, I would have rather Samsung put a decent selfie camera on the main tablet screen.

The Galaxy Z Fold 3′s positives easily outweigh the negatives. However, the negatives are important to stress if one is going to spend $1800 (before major discounts) on Samsung’s new foldable. Let’s hope that Samsung will move their next Foldable from the niche bin into the permanent square with the Fold 4.

Daryl Deino has been a technology enthusiast since 1995 and has written for several newspapers and technology sites. Please reach him at [email protected]
View all posts by Daryl →
This entry was posted in Review and tagged Galaxy Z Fold 3, Samsung. Bookmark the permalink.