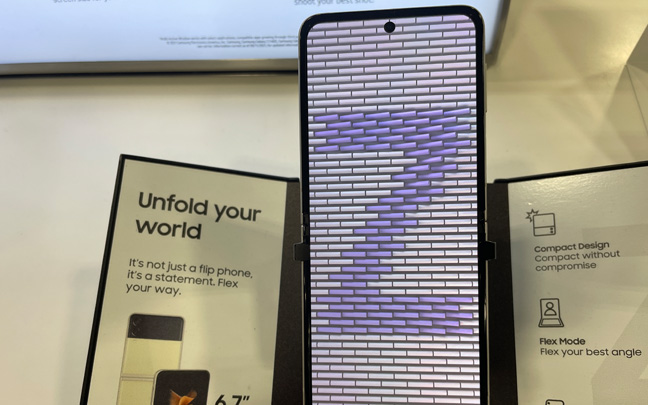 While most of the attention for Samsung has been on the Galaxy Z Fold 3, the Korean company has a much cheaper foldable phone (although $1,000 isn’t cheap) that’s also being released on August 27. The Galaxy Z Flip 3 is a candy bar shaped foldable phone. It’s not a regular-sized phone that opens into a tablet. It’s a miniature phone that folds out into a regular one.

That may not sound too exciting, but once you get your hands on the Z Flip 3, you’ll be quite impressed. It’s not a phone that you’ll immediately say, “I gotta have it!” However, it’s also not something that you’ll scuff at either. There may just be a market for it. 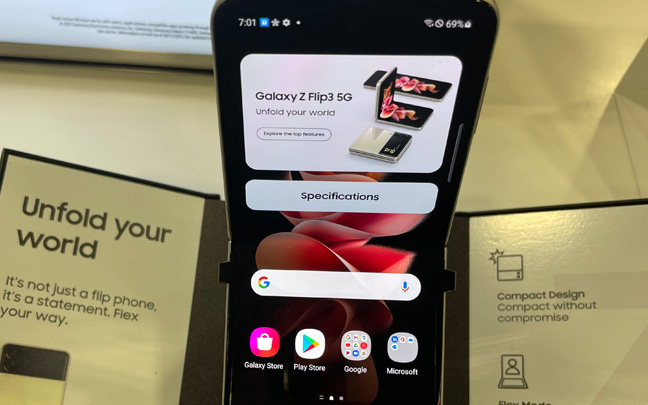 At $1,000, the Flip 3 costs around the same amount as the most advanced smartphones out there like the Galaxy S21 Ultra and iPhone 12 Pro. You’ll definitely be impressed with how solid it feels in your hand. The Super AMOLED screen is beautiful, but you can still notice the crease in the middle, although it’s not a deal breaker. I did notice that my fingerprints were easily able to smother the screen.

When the phone is completely folded, you can still get instant messages and emails, though you’ll be less frustrated if you just open up the phone to view them. Still, Samsung made a huge improvement when compared to the cover screen on the previous Z Flip.

The main problem with the Z Flip 3 is that even though it folds out into the size of a full smartphone, it doesn’t offer the same cameras as Samsung’s other high-end phones. On the back, you get 12MP wide and 12MP ultra-wide lenses along with a 10MP lens on the front. But the pictures just don’t look like they should in 2021. There seems to be something missing, but perhaps I need to play around more with the settings. 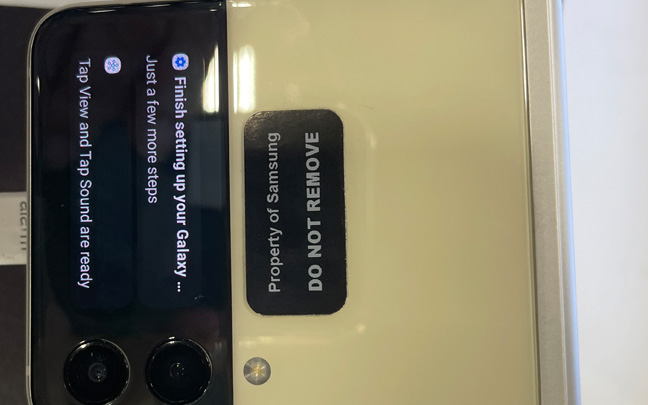 The Z Flip 3 battery life is adequate but not great.

The dual 3,300mAh batteries won’t help the new Z Flip last all day for power users. With all things considered, the battery life isn’t a deal killer, but one can only hope Samsung improves the battery life on their next Z Flip.

I definitely need more time to spend with Samsung’s new Flip foldable to make a complete conclusion. However, even though I can comfortably say that it’s a phone I’ll never buy, I can’t say that when it comes to others. The coolness factor may just overcome the Z Flip 3′s disabilities, and it may become a hit for Samsung.

Daryl Deino has been a technology enthusiast since 1995 and has written for several newspapers and technology sites. Please reach him at [email protected]
View all posts by Daryl →
This entry was posted in Review and tagged Galaxy Z Flip 3. Bookmark the permalink.