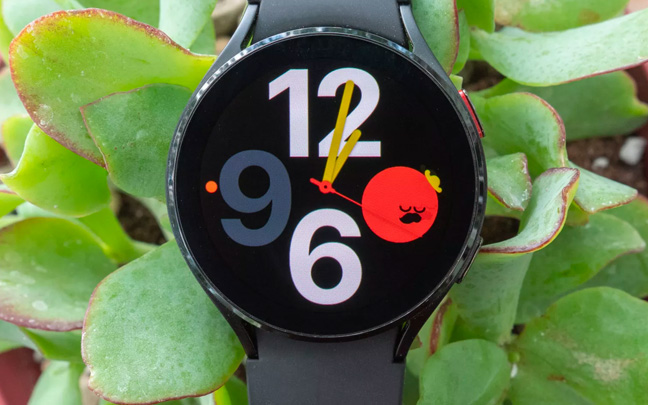 It’s a tough thing to say, and Apple fans may get upset. But I’m going to declare that Samsung has finally made an equal alternative to the Apple Watch, and — in some ways — it’s actually better. It has all the health tracking, time tracking, and coolness of the Apple Watch. It’s a shame Apple users can’t at least experience it — that is, unless they buy an Android phone.

The Galaxy Watch 4 has a 44mm round display that will remind people of the Galaxy Watch Active series. If you want something a little more sophisticated, you can buy the Galaxy Watch 4 Classic, which is made of stainless steel. Both watches are absolutely gorgeous. The Super AMOLED display looks very crisp, and the round shape of the watch only brings out the colors more. There are many different eye popping watch faces to chose from. You’ll have more people noticing your watch than you will with any other smartwatch.

Even though the Watch 4 has moved to Wear OS, it still feels like a Samsung Tizen watch. For one thing, there is no Google Voice compatibility yet, so one has to suffer with the insufferable Bixby — Samsung’s failed answer to Siri and Google Voice. It’s important to note that the Samsung Health app is almost exactly the same as it was on previous Samsung watches, but that’s not a bad thing.

Samsung throws everything but the kitchen sink at the Watch 4 in terms of health features. The most prominent new addition is body analyses, which (allegedly) measures one’s body fat percentage, skeletal muscle mass, and body water. I find this feature to be highly inaccurate, especially since the measurements can drastically vary from two different measurements taken within five minutes. However, the other health fitness features are top notch. Samsung has come a long way from its first Galaxy Watch in terms of measuring steps, calories, heart rate, etc. 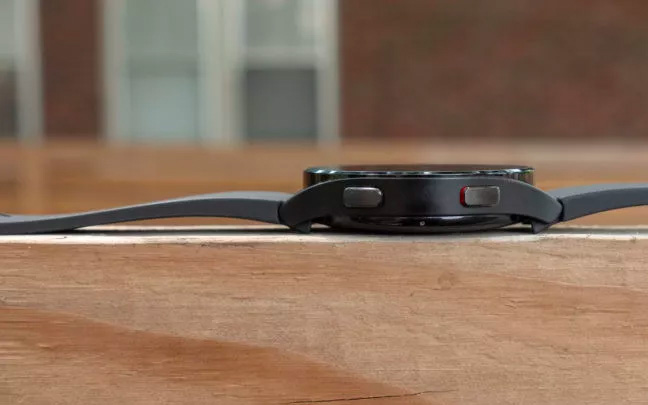 Samsung’s new watch has something in common with Apple’s: It doesn’t have the best battery life. I have not been able to get two full days of battery life…ever. This is with brightness turned up only 50 percent. The battery life certainly isn’t a deal killer, but it’s just not that great.

The Watch 4 is not perfect, but it’s getting there. Samsung smartphone users have always wished that there could be an Android equivalent of the Apple Watch. I’m happy to say that the dream has finally been realized.

Daryl Deino has been a technology enthusiast since 1995 and has written for several newspapers and technology sites. Please reach him at [email protected]
View all posts by Daryl →
This entry was posted in Review and tagged Samsung Galaxy Watch 4. Bookmark the permalink.