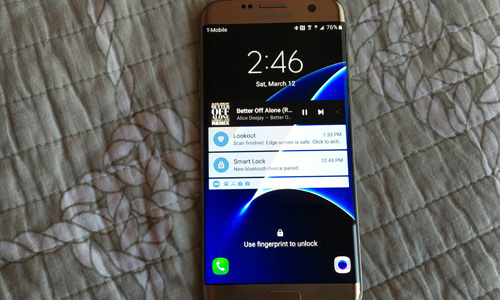 Samsung has a huge hit on their hands with the Galaxy S7 Edge.

Samsung’s Galaxy S7 Edge is a winner for several reasons: the fantastic design, the beautiful display, and the fast Snapdragon 820 processor. But the best thing about Samsung’s new device is the battery life.

After using the S7 Edge heavily for one day, it only dropped down 50 percent. Therefore, as a power user, I could use the Galaxy S7 Edge two days without having to recharge the battery. Most users may be able to get away with three days of use. The 3,600mAh battery in the S7 Edge is that good!

I shouldn’t have been surprised, especially given that the Galaxy Note 5 has a 3,000mAh battery and in my six months of using it, the battery life never completely depleted after a full day’s use. That said, I would have to charge the device every night, but — unlike the iPhone 6s or 6s Plus — it has always charged rapidly.

Battery life has always been an issue for smartphones and it was certainly one with the first five iterations of the Galaxy S series. Two years ago, I remember that I actually bought a spare battery for the Galaxy S5, which had a beautiful screen, but didn’t last long when you turned the brightness up. The battery life on the Galaxy S6 Edge was better, but still a little problematic. 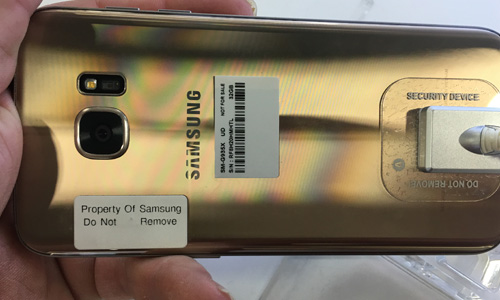 The battery life on the S7 Edge is the best out of any smartphone in existence.

The Galaxy Note 5 was the first smartphone that broke the mold in terms of battery power and the Galaxy S7 Edge continues in the new mold. I’m amazed how bright the S7 Edge gets without depleting a lot of battery power. I have yet to turn the S7 Edge up to full brightness since it is almost blindingly bright. It has the highest brightness levels of any smartphone in existence.

Some people were upset that Samsung didn’t include a 4K screen with the new Galaxy S7 series, especially since it would have helped with the Gear VR virtual reality headset. However, the human eye can barely tell a difference between 4K and Quad HD on a 5.5-inch smartphone or even a 5.7-inch one like the Galaxy Note 5. A 4K screen eats a lot more battery life than a Quad HD screen and the S7 Edge wouldn’t be the battery life powerhouse it is now. Who knows what we’ll get with the Samsung Galaxy S8 Edge.

Daryl Deino has been a technology enthusiast since 1995 and has written for several newspapers and technology sites. Please reach him at [email protected]
View all posts by Daryl →
This entry was posted in Review and tagged Galaxy Note 5, Samsung Galaxy S7 Edge. Bookmark the permalink.