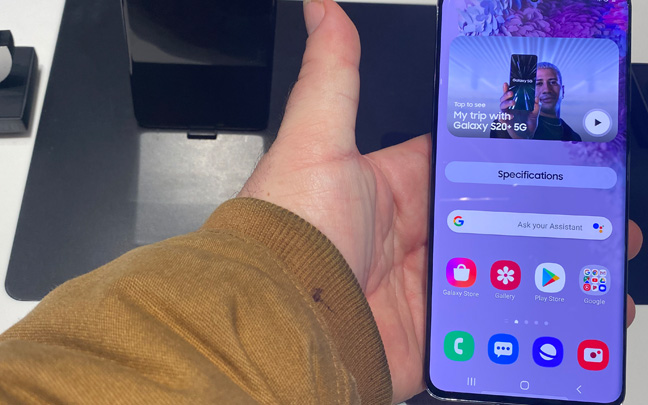 Forget the  Samsung Galaxy Z Flip, which — besides the folding part — has many features that would have been good in 2018. It’s 2020, and we have the Samsung Galaxy S20 series. At first, these smartphones don’t look like much of an upgrade from last year’s S10 series. But once you pick them up, you notice the upgrades.

The highest-end Galaxy S20 Ultra has the same basic specs, but instead features a 6.9(!) inch screen, a 108MP+48MP+12MP camera set, and offers 100X digital zoom, though pictures look awfully pixelated at this level. It also offers a 5,00mAh battery.  I found this one a little too big, but not so big that you can’t fit it in your pockets. 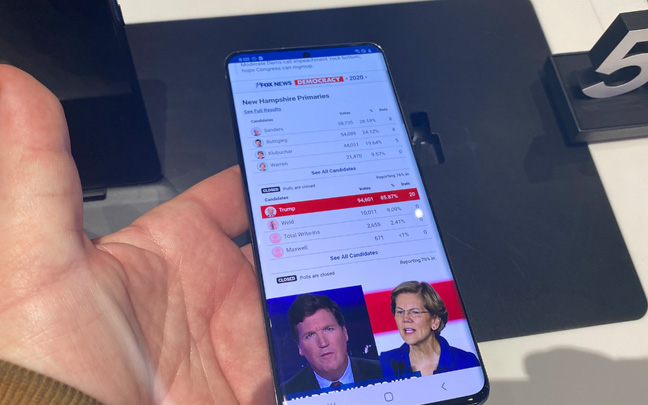 Out of all three new models, the S20+ feels like the perfect fit.

When testing out this model, the first thing I noticed was that the bezels are practically non-existent. But at the same time, it was harder to make the mistake of accidentally touching the screen. This may be due to the fact the screen doesn’t curve as much as it does on other Samsung devices, and that’s a good thing — the more the curve, the more the light reflection.

When playing some YouTube videos, I noticed that the stereo speaker sound is even better than the last generation Galaxy S. I could feel the “thumps” and could hear the directional audio. This was especially true when recording videos and playing them back. I have yet to test the 8K video feature, which appears to be a novelty now since there are barely any 8K screens to test videos out on.

The rear camera definitely produces a “hump” not felt on other smartphones. However, it’s barely a problem, and the camera appears to take low-light photos on the same level the iPhone Pro Max does. The 30X Zoom feature is gimmicky, and I found I could produce the same photo if I take a 12MP photo and crop in at a certain spot. Don’t let the specs fool you. That’s not to say that the S20+ camera isn’t top-of-the-line for a mobile device.

The phone operates fast, but Android — even in its 10th version — still isn’t as smooth as iOS. Then again, many people like Android better since customization options are easier. Android isn’t behind iOS as much as it was just three or four years ago.

I can’t wait to be able to fully test the Galaxy S20+ and write a full review. For now, I can’t say that you must upgrade to the Samsung Galaxy S20 series if you have an S10. But it’s really a close call.

Daryl Deino has been a technology enthusiast since 1995 and has written for several newspapers and technology sites. Please reach him at [email protected]
View all posts by Daryl →
This entry was posted in Review and tagged Samsung Galaxy S20. Bookmark the permalink.