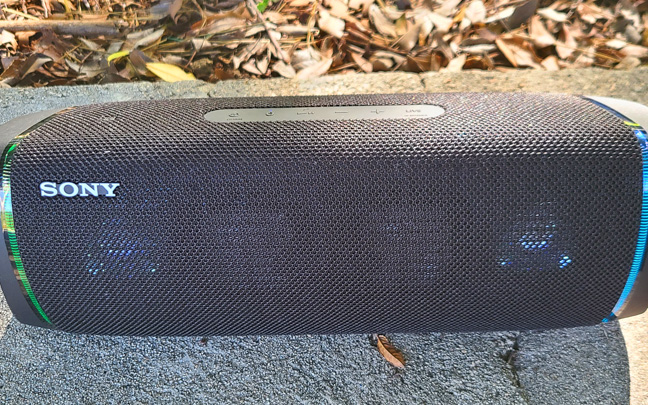 Sony has just released the follow-up to the SRS-XB41, the SRS-XB43, and it is one of the most exciting audio products I’ve reviewed this year. The speaker improves on the already great SRS-XB41 in almost every way. It’s the perfect portable party speaker, although it is a little heavy at 6.5 pounds. Part of the weight is due to the casing, which provides protections from falls, dust, and water. 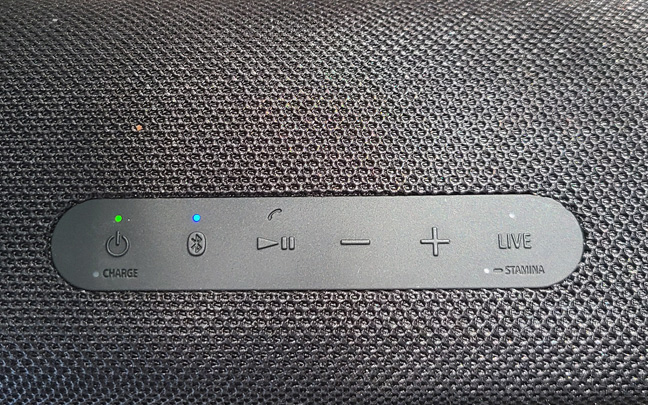 The SRS-XB43 control buttons are simple.

It’s built with a top panel that contains the buttons for power, Bluetooth, call management, and a “Live” button that gives your music a concert effect. Both sides of the speakers contain large passive radiators, which helps the sound come to life. There are also LED  party lights on both sides, and don’t say you don’t care until you see them operate in action.

As for sound, it’s right up there with the best Bluetooth audio available. The speakers spread stereo sound throughout a whole room, and the bass only decreases slightly at higher volumes. That said, to get the best out of this speaker, attach your phone or computer to the Aux port and the experience turns from great to fantastic. You can still operate the device connected to the speaker remotely if you use apps such as Spotify or Apple Music.

Besides dance music, ambient slow music is where the SRS-XB43 really shines. If you listen to “Sunset Beach” by Sun & Moon or “Fly Away” by Almadrava, the sub-bass sounds hypnotic. However, if you are into classic rock, Sony’s new Bluetooth speaker is great for that as well. 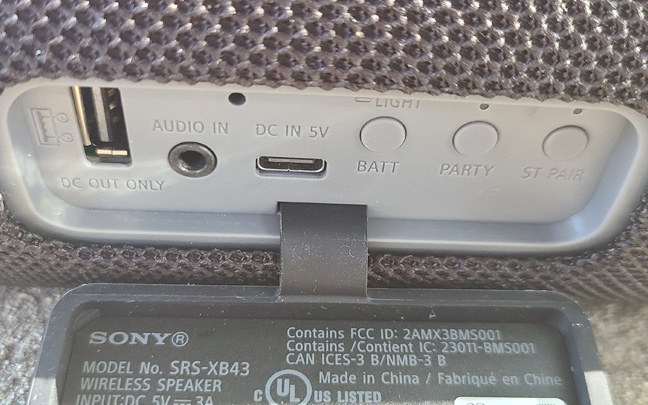 The input ports are located on the rear of the speaker.

While 2018′s SRS-XB41 had a speakerphone, it wasn’t one that you could rely on. However, the new model can be used reliably for this, and it somehow picks up your voice, even with some ambient noise. I had no problem talking 12 feet away from the speaker, and the listener on the other end never had to remind me to “speak up.”

The portable stereo speaker genre has been boring the past two years or so, but Sony has just added new life. The SRS-XB43 is easily worth its $249 price tag.

Daryl Deino has been a technology enthusiast since 1995 and has written for several newspapers and technology sites. Please reach him at [email protected]
View all posts by Daryl →
This entry was posted in Review and tagged Bluetooth Speakers, Sony. Bookmark the permalink.