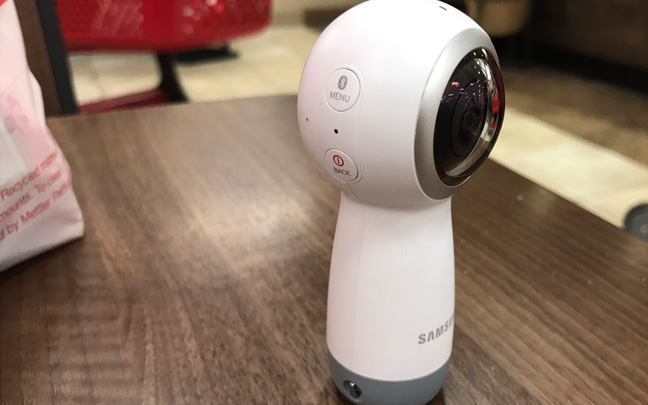 I talked about the new Samsung Gear 360 camera receiving mixed reviews earlier this week, and after using it extensively for three days, I feel that the reviews should be better. The Gear 360 may not be the ultimate 360 degree camera, and it might not take pictures and videos that completely immerse you when playing them in VR headsets. But it comes closer to almost anything in the market.

Last year’s Gear 360 was a hot mess at $349. Its alien-like legs, poor battery life, and poor video quality made the device a rip-off. Not only has Samsung reduced the price by $230 dollars, but they made a 360 camera that’s more pocketable, takes better videos, and stitches 360 degree media better than the previous version. Unfortunately, Samsung reduced the 30MP picture resolution to 15MP, and one can see a slight difference. But it’s not enough to make the device a deal breaker. The 360 photos still look great on smartphones, laptop screens, and especially VR headsets. 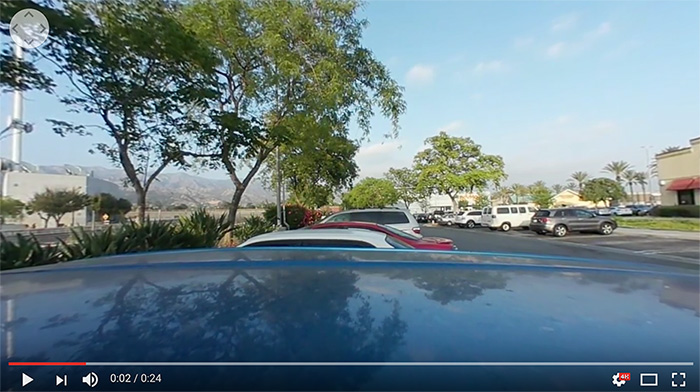 Press to play video, and use touchpad or mouse to change 360 view.

The (almost) big winner on the new Gear 360 is the video quality. Last year’s  3840 x 1920 video resolution has been upped a little bit to 4096 x 2048. It’s doesn’t seem like a lot on paper, but it’s noticeable when you look at the videos on Samsung’s Gear VR. Instead of looking like you are in the middle of a VHS tape, this year’s Gear 360 is acceptable. However, one still will wish that the videos could be more clear — perhaps we’ll get that in the 2018 version.

Controlling the Gear 360 from the Samsung Galaxy S8+ is intuitive and easy, though I’ve run into some troubles when trying to save videos from the Gear 360, which takes a microSD card, to my S8+. The Gear 360 will also work with the iPhone or any other iOS device. However, the experience is rather clumsy. As of right now, you won’t be able to see videos on your iOS device as you shoot them. You may even have some initial trouble connecting the Gear 360 through Bluetooth. 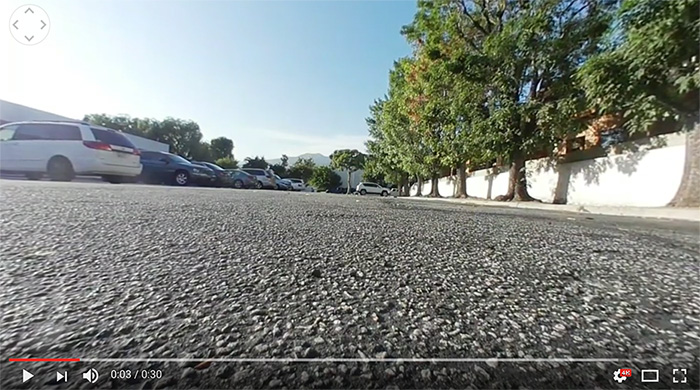 Click picture to play, and use touchpad or mouse to rotate.

Daryl Deino has been a technology enthusiast since 1995 and has written for several newspapers and technology sites. Please reach him at [email protected]
View all posts by Daryl →
This entry was posted in Review and tagged Gear VR, Samsung Gear 360. Bookmark the permalink.