Nostalgic Case For iPhone Is Fun With Some Limits 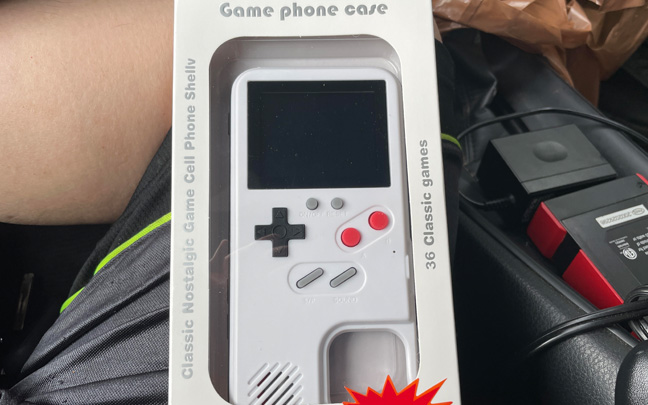 The version I have makes the iPhone 12 Pro a little bit heavier than your average case, but it provides endless entertainment when I need to make time go by. Yes, the 2-inch LCD screen is low quality, and the case is made of cheap plastic. But for $25, you will likely think you’ve got your money’s worth.

The controls work, well, like they did on the Game Boy. But maybe that’s the point. They definitely work. However, the fact that the red A button is the main jump button may make some people question what the engineers of this device were thinking. 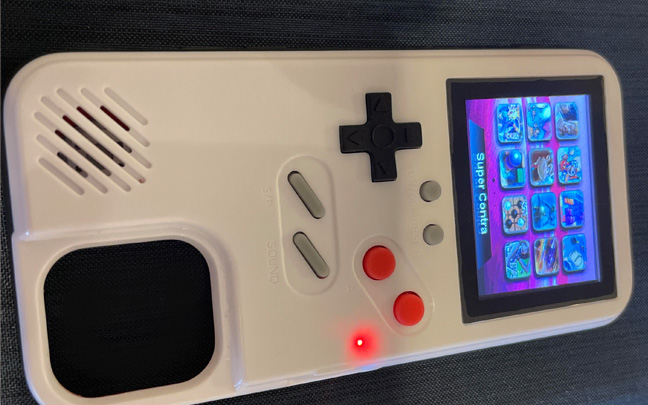 The battery allows for two-and-a-half hours of continuous use on a full charge, but it’s easy to mistakenly hit the Power button while putting the iPhone in your pocket, on your car’s dashboard, etc. Unfortunately, it charges with a micro USB cord, which is completely outdated in 2021. Luckily, you get a cord in the package (but don’t expect a plug).

There is also a speaker that sounds pretty bad. However, the sound of these games is also crummy, so the quality of the speaker really doesn’t matter that much. There is an option to turn the sound off, and that might be the best for you or others around. 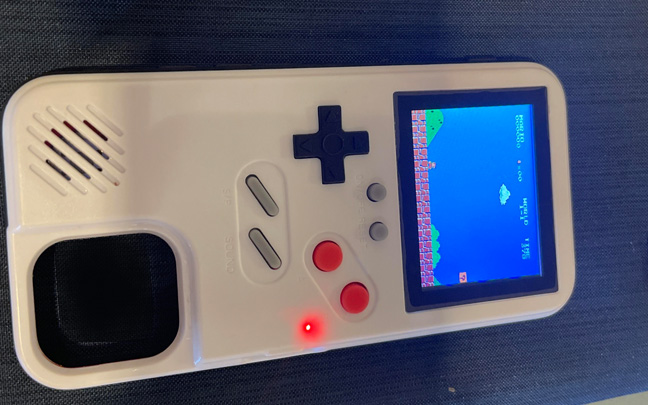 All in all, the Nostalgic Case works, but it isn’t much more than a novelty item. However it’s a good novelty. Those expecting to turn their iPhones into a completely capable NES gaming device might be a little disappointed.

You should definitely get a Nintendo Switch Lite if you really want a handheld that can be instantly stowed away in your coat pocket. However, those who are iPhone fanatics will find that the Nostalgic case makes an already exciting smartphone even more useful.

Daryl Deino has been a technology enthusiast since 1995 and has written for several newspapers and technology sites. Please reach him at [email protected]
View all posts by Daryl →
This entry was posted in Review and tagged iPhone 12, Nostalgia Case. Bookmark the permalink.