Nintendo Switch OLED Is A Must-Upgrade For Handheld Users

The Nintendo Switch OLED is hard to find.

The Nintendo Switch OLED went on sale last Friday, and I have been playing with it for at least two hours a day ever since. I went to the Target in Burbank, CA an hour before they opened. Unfortunately, they only had eight in stock, and I was 10th person in line.

Fortunately, I decided to check out the Target in North Hollywood, CA, which opened an hour later. I was 15th in line, but it ends up they had more than 50 in stock. I was so happy when they gave me a ticket to guarantee my purchase. 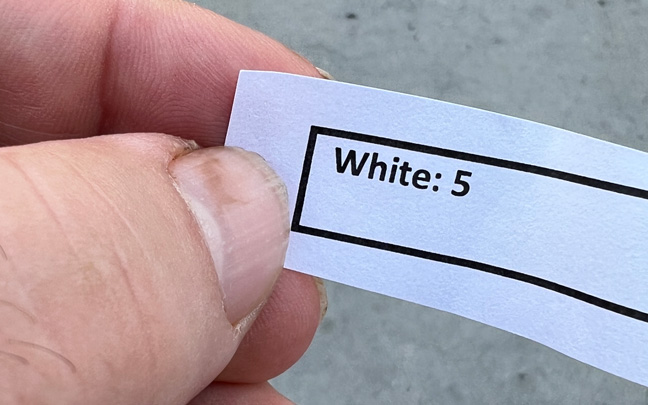 I was 5th in line for the white version of the Switch OLED.

I was even happier when I got the white version I wanted. I started playing with the Switch in my car, but it took several hours to download all of my 12 games. The first game I played was Mario Kart 8 Deluxe, and it became apparent that the upgrade was even better than I thought — at least playing it on the handheld. The images were clearer, the sound was more robust, and it just felt more immersive.

One of my favorite aspects of the new Switch is the new kickstand. It has always been annoying propping up the previous Nintendo Switch on a table with the flimsy stand, which only has one angle. With the new kickstand, the Nintendo Switch OLED can be displayed at any angle you like. And thanks to the crystal clear OLED screen, it looks good at even the most extreme angles.

The OLED screen is such an advance from the LCD screen on the previous Switch, which looks very outdated. You realize how bad the contrast ratios on the LCD Switch screen are when you use the new version. And you’ll never want to go back. 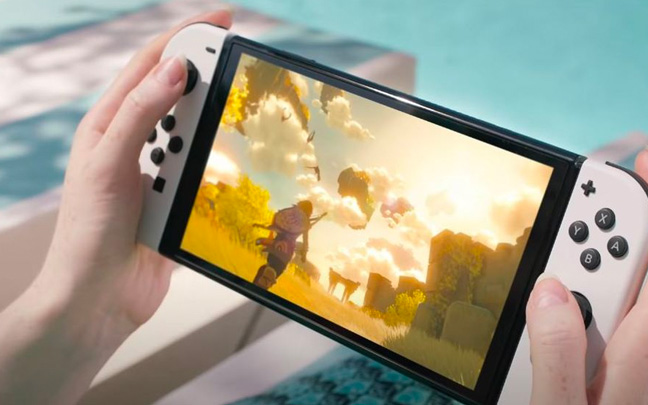 That said, the relatively poor screen on the previous Switch may not be a big deal to many who usually connect their devices to their television sets. Perhaps you even have an OLED television set, which would be a video game lover’s dream come true. The new Switch won’t add 4K display output to your television set, and it still uses the same graphics chip. So, save yourself some money.

However, there are many people, such as myself, who don’t own a television set and don’t need one. We rely on the handheld Nintendo Switch for our joy. And it’s safe to say that the new Nintendo Switch OLED doubles the level of that joy.

Daryl Deino has been a technology enthusiast since 1995 and has written for several newspapers and technology sites. Please reach him at [email protected]
View all posts by Daryl →
This entry was posted in Review and tagged Nintendo Switch, Nintendo Switch OLED. Bookmark the permalink.