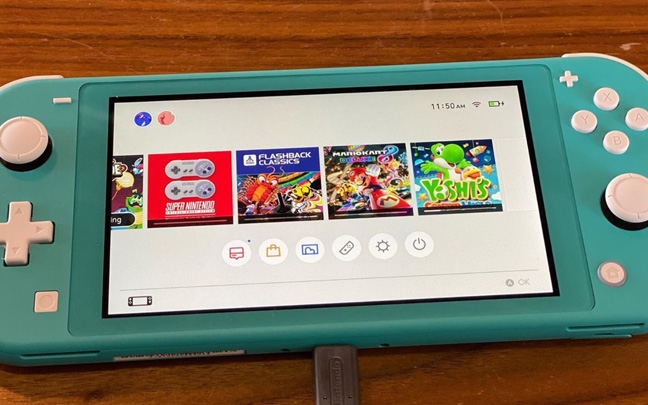 I initially had no intentions of reviewing the Nintendo Switch Lite, a smaller version of its big brother, the Nintendo Switch, which came out in early 2017. The main attraction of the Switch was that it was a powerful portable game system (although a little large and flimsy) that could be “switched” to your television or computer monitor. People thought it wouldn’t succeed, but it has.

So, why would Nintendo want to release a smaller version of the Switch that can’t even switch to your television set? Why would they want to release a version without detachable joy cons? Yeah, it costs $100 less, but it seemed that the $100 reduction wasn’t worth it. Then, I held it in my hands. 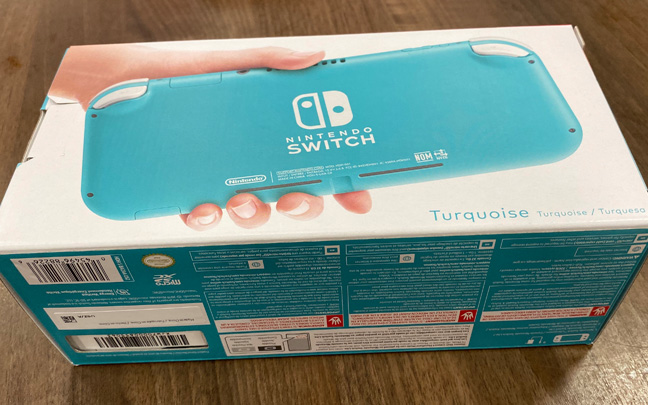 The Switch Lite comes in a small box.

After using the Nintendo Switch Lite for the past four days, I am highly considering selling my regular Switch, which I never connect to anything. There are several reasons for this.

Yes, it’s a given that the Lite feels more portable, but you won’t understand how much until you hold it in your hands. The Lite has a 8.2 x 3.6-inch design with a 5.5-inch screen. The turquoise model, which is being used for this review, is gorgeous and doesn’t slip out of your hands.

This feels like a real handheld that I can play powerful games on. Imagine being able to play Mario Kart 8 Deluxe or Yoshi’s Crafted World on a device that actually fits in your pocket (but does stick out a little bit). I can take this places where I won’t take my regular Switch.

The screen resolution on both the regular Switch and the Lite is 720p. However, 720p looks more sharp on a 5.5-inch screen when compared to a 6.2-inch one. The screen on the Lite is pretty incredible for a $200 device. Besides being sharp, the color saturation and contrast levels are near perfect. 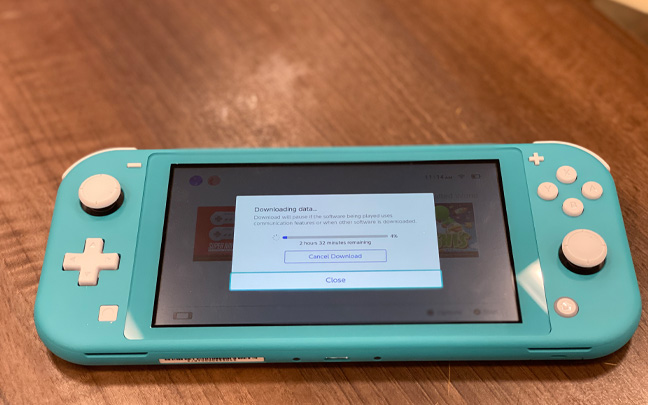 The Switch Lite has a very good battery life.

One of the biggest issues with the regular Switch has been battery life. Nintendo just released an updated version of the Switch that adds a couple hours of juice, but most people are still stuck with making sure they have a charger wherever they go. The Switch Lite can last three to seven hours. It has usually lasted four hours for me, while the regular Switch gets a little past two.

This is a five star device! The fact that the Lite can’t output to a larger display is a bummer. But, as you’ll find out once you use the device, the Nintendo Switch Lite is meant to be played in your hands.

Daryl Deino has been a technology enthusiast since 1995 and has written for several newspapers and technology sites. Please reach him at [email protected]
View all posts by Daryl →
This entry was posted in Review and tagged Gaming, Nintendo Switch Lite. Bookmark the permalink.