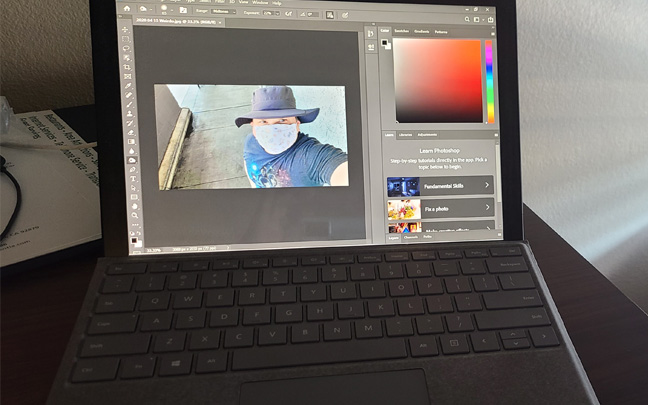 The version of the Surface Pro 7 being reviewed here has an Intel Core i7 processor, 16GB RAM, and a 256GB SSD. It’s on sale for $1299, but that doesn’t include a Type Cover or Surface Pen.

Microsoft hasn’t changed the design one bit from the late-2018 version. The bigger-than-usual bezels were a little bit dated one year ago, but are completely unnecessary now. In fact, I would say that the (relatively) large bezel design is the most annoying thing about the Surface Pro 7. The screen itself is crisp, clear, and customizable.

I wish Microsoft would have given the new Surface Pro the same design as the Surface Pro X. Given the praise for that design, it’s reasonable to believe that the next Surface Pro will have a larger screen with shorter bezels. It is believed by some that compatibility with the Type Cover is one reason why Microsoft continues the outdated design. 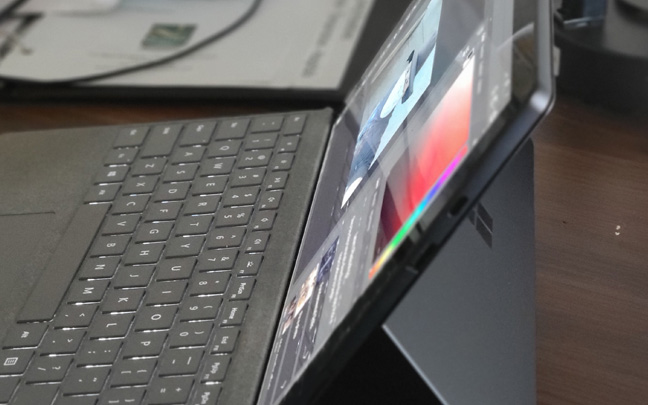 Even though the design might be outdated, the actual performance isn’t. The 10th generation i7 processor, clocked at average of 1.3 to 1.5GHz (3.9GHz turbo boost when needed), really moves things along smoothly. And it does so without sacrificing battery life.

Some sites have initially claimed that the battery life has decreased from the previous version, but I have been able to consistently get 8 hours as a power user. That’s about how much I got on the Surface Pro 6 with the 9th generation i7 CPU. Most people will not need to pack the charger every single day they go to work. 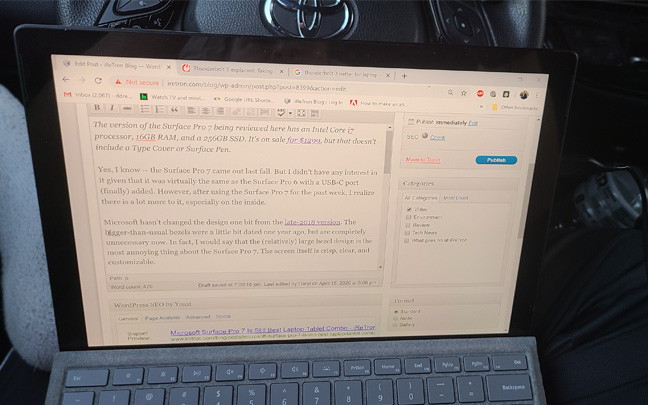 The Surface Pro 7 has a significant processor upgrade.

The USB-C port is the most significant addition to the Surface Pro 6, and one can say it’s better late than never. Unfortunately, the port isn’t Thunderbolt 3 compatible for faster data transfer speeds and the ability to connect to two different 4K monitors. However, it is very doubtful that most Surface Pro buyers care much about that.

Daryl Deino has been a technology enthusiast since 1995 and has written for several newspapers and technology sites. Please reach him at [email protected]
View all posts by Daryl →
This entry was posted in Review and tagged Surface Pro 7. Bookmark the permalink.