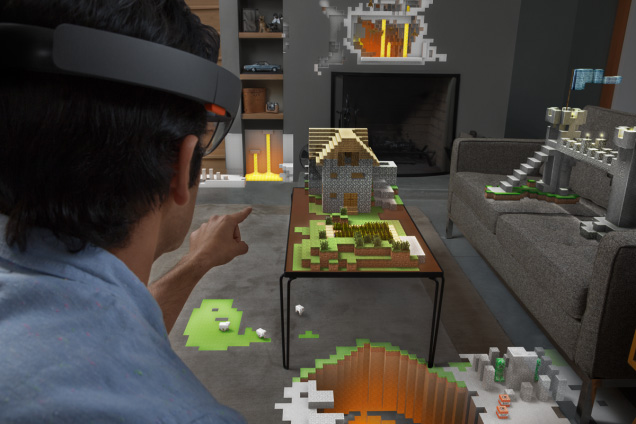 Most thought it wouldn’t happen—not at least for twenty years or so. But the Era of Hologram has started in technology—sort of. Yesterday, Microsoft introduced HoloLens and it has people who may not even be interested in technology buzzing. It is the biggest technological development this decade.

Microsoft HoloLens is a headset that lets you see virtual objects and environments as if they existed in the real world. In other words, you can be at Starbucks enjoying your coffee while seeing hula dancers on your table. You can be in your living room looking at the surface of the moon. God knows what the porn industry will do with this. It’s not similar to virtual reality headsets like the Gear VR or Oculus Rift, both which immerse you into a completely different world. Instead, HoloLens puts a new world on top of an already existing physical world. In some ways, it’s a lot more fascinating than virtual reality. 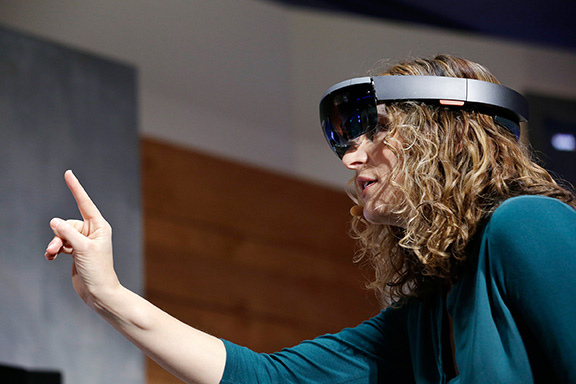 HoloLens changes the future of computing.

Gizmodo, who was blown away by the device, gives quite a fascinating description of Microsoft HoloLens

“Project HoloLens’ key achievement—realistic holograms—works by tricking your brain into seeing light as matter. Eventually they [the light protons] hit the back of your eyes, and through that, you reason about what the world is. You essentially hallucinate the world, or you see what your mind wants you to see.”

The best news is that Microsoft’s new holographic glasses will work with almost every program, including Microsoft Word, Adobe Photoshop, Windows Media Player, etc. One has to completely change their mindset to see how these things could work. Can you imagine making a photo larger just by spreading the holograph photo with your finger? It’s going to happen!

Microsoft HoloLens will allow you to be able to do your own plumbing with a holographic plumber right next to you pointing at exactly what you need to do to unclog your toilet. It will also allow you to go to places with holographic images of your friends. This is all too much. It seems like a dream, but it isn’t.

Daryl Deino has been a technology enthusiast since 1995 and has written for several newspapers and technology sites. Please reach him at [email protected]
View all posts by Daryl →
This entry was posted in Tech News and tagged HoloLens, Micosoft, Virtual Reality. Bookmark the permalink.