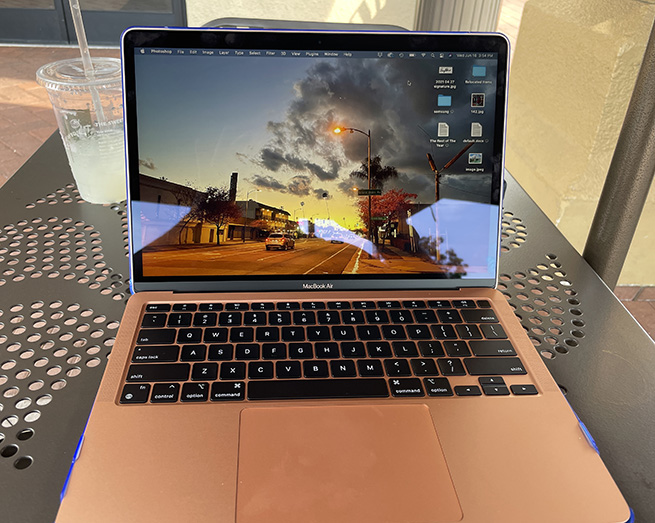 This latest MacBook Air has an M1 processor, 8GB of RAM, and a 256GB SSD drive. There are different configurations, but this appears to be the most popular one. As I noted in my review of the latest MacBook Pro, 8GB of RAM with the M1 chip is the equivalent of 16GB of RAM with the Intel chip. And in terms of speed, there’s no comparison since the MacBook Air far outpaces any machine with an Intel or AMD chip.

The design is similar to the most recent MacBook Pro: It has two two USB-4 ports (Thunderbolt 3 compatible) on the left side and a headphone jack on the right. It feels slightly lighter than the MacBook Pro, and it doesn’t — thank God — have the useless Touch Bar. In fact, the Touch Bar has been such an utter failure that it likely won’t even be on the next Pro models, which are expected later this year. 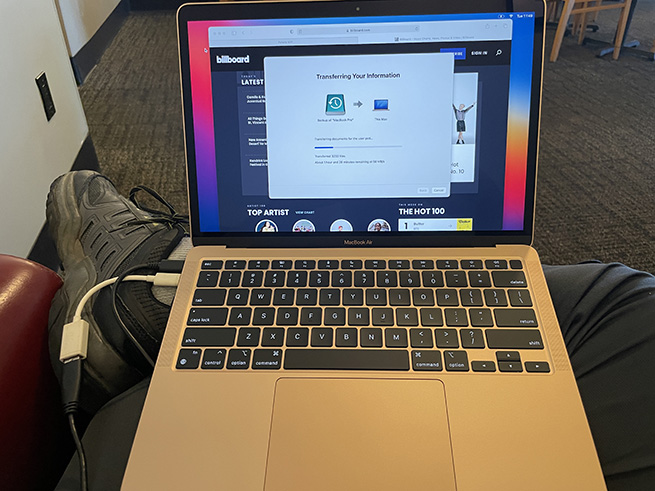 The (relatively) thick bezels are straight out of 2017, but they aren’t too much of a disability since everything about this laptop is fantastic. I even enjoy using it more than the MacBook Pro since it is lighter and more slick. There are some differences between the notebooks, but most would still find the Air to be a better value than the Pro. Let’s take a closer look.

The 16-inch Pro’s speakers are incredible, and the 13-inch M1 Pro’s are excellent. The Air’s speakers are very good but not enough to make you want to put away your high quality earbuds or headphones. They are missing the “oomph” of the Pros but are still better than almost any speakers you get on a PC.

Apple claims that the microphones on both the 13 and 16-inch Pros are “studio quality,” and they’re definitely right about the latter. The mics on the 13-inch aren’t studio quality, but they’re slightly better than those on the Air. However, the slightly better audio quality on the 13 Pro doesn’t matter since it’s not good enough to substitute for mics in the AirPods or other high quality headphones. If you are a professional recording artist, you’ll most likely buy a professional mic. 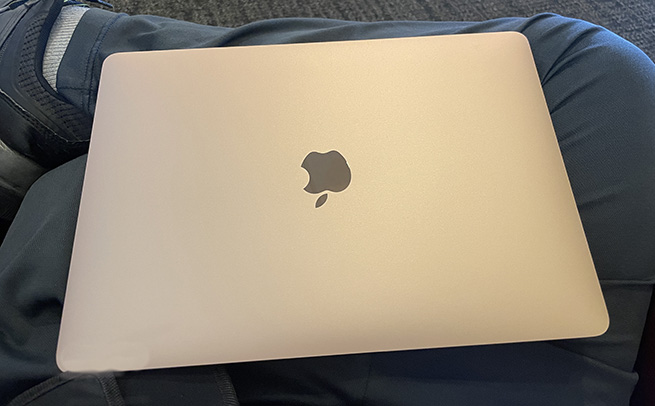 The battery life on the Air is unbelievable.

Since the MacBook Pro has more space for a larger battery, the 13-inch Pro allows 15 hours of wireless web browsing. The Air gives you 13. Even though the battery life is slightly lower, it is still fantastic in every sense of the word. Power users can easily leave their Air home for the day without a charger, and they’ll never miss it.

The MacBook Air gives you more bang for your buck than any other laptop available right now. It’s shocking what a difference the M1 chip makes. Even if you spend hours editing 4K videos, you’ll save a lot of money and time with the late-2020 MacBook Air.

Daryl Deino has been a technology enthusiast since 1995 and has written for several newspapers and technology sites. Please reach him at [email protected]
View all posts by Daryl →
This entry was posted in Review and tagged MacBook Air, MacBook Pro. Bookmark the permalink.