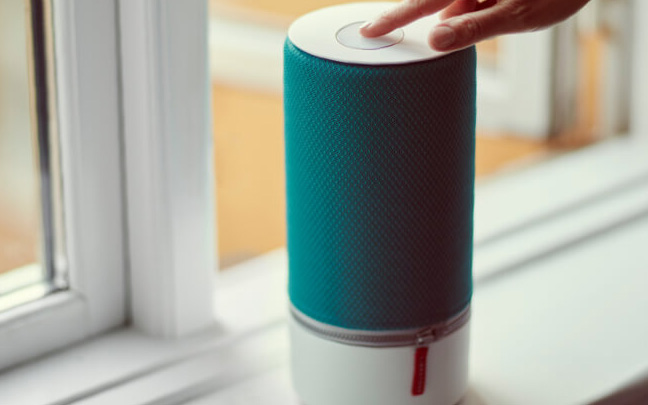 On Wednesday, I met one of my tech savvy friends who I have conversed with through social media for the past two years. It’s interesting when an internet friend actually becomes a real face in front of you (in a good way, Joe, if you read this). He brought with him a bunch of his favorite products. Although I initially had no interest in the Libratone ZIPP speaker since it came out in 2016, Joe proved me wrong.

Since using Apple’s HomePod speaker last month and seeing how easy it was to set up, I’ve been fascinated with WiFi speakers, especially because they produce noticeably better sound than Bluetooth speakers do. However, just about every single WiFi speaker needs to be plugged in. Imagine how incredible it would be to take the HomePod with me outdoors while using my Galaxy Note 8 to set up a WiFi network between my iPhone X and HomePod. The Galaxy Note 8 works great for this; I’ve tried it before.

So, when Joe told me that the Libratone Zipp was not only WiFi and AirPlay enabled, but it could operate with a rechargeable battery, I was interested in trying it out. And, for the most part, I was impressed. I had to download the Libratone app on my iPhone X and setup wasn’t as easy as I would have liked. But once it was set up, it worked. For each video or audio app I used, I had to connect to AirPlay. But the connection worked flawlessly.

I am fascinated, but not completely thrilled with the sound from the Libratone Zipp. It’s a portable speaker that sounds better than any Bluetooth wireless speaker when it’s connected through WiFi. The bass is there, but it’s not as prominent as I would like. The middle ranges and high ranges of the sound spectrum are more prominent. Joe thinks I am wrong about the bass and that it’s strong and natural. He thinks I am judging it solely on the comparison to the HomePod, which oozes bass, but doesn’t skip on the high and mid levels.

He may have a point. The HomePod is $360. The 2018 version of the ZIPP, which now features Alexa, is $250. And although it lacks the punch of the HomePod, it still has noticeable punch. And it’s portable. Libratone claims you get 10 hours of use with a charge, but Joe says that he usually gets eight or nine hours, which is still good.

Perhaps if I never heard the HomePod, I would have instantly gone to Amazon to purchase the Zipp. I may have purchased two since you can pair them as left and right speakers. But I did hear the HomePod. And all of this makes me wish Apple would realize that there really is a market for portable and rechargeable WiFi/AirPlay speakers.

Daryl Deino has been a technology enthusiast since 1995 and has written for several newspapers and technology sites. Please reach him at [email protected]
View all posts by Daryl →
This entry was posted in Review and tagged homepod, Libratone Zipp, WiFi Speaker. Bookmark the permalink.