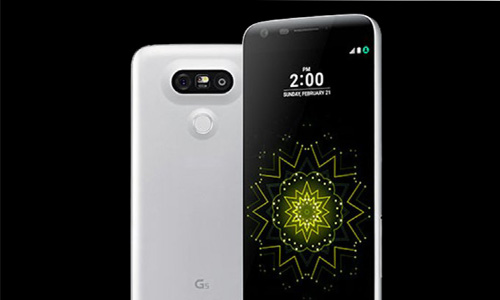 Forget the Samsung Galaxy S7 and S7 Edge (for a minute, at least). The LG G5. 9to5 Google‘s Stephen Hall says LG’s latest smartphone has the design and build of the future.

“But the weirdness of the LG G5 is what makes it intriguing to me. Samsung ditched its plastic in favor of a premium metal and glass build with last year’s handset, and this year LG is following in step with an obvious evolution in the design of the phone.”

Hall adds that the smartphone now just has a single lock button around the back as the volume rockers have been moved to the side. There are also dual cameras. The LG G5 may have the best design out of any Android smartphone.

According to Phone Arena, T-Mobile will start carrying the G5 on March 29 — just a couple days ahead of its official April 1 release for other carriers. T-Mobile is selling the G5 outright for $629.99. Customers can also or pay on installments with $0 down and $26.25/month for two years.

Other than the unique design, the G5 features

The LG G5 features a  2560 x 1440 pixel resolution 5.3-inch display. It’s not the sharpest or biggest screen in the smartphone business, but those who have used it say the phone is the perfect size. Like the Samsung Galaxy S7 and S7 Edge, the G5 offers an “Always-on” feature. Unlike the S7 series, the screen is an IPS LCD panel, rather than an AMOLED one.

The G5 runs Android 6.0 (Marshmallow) and has a 16MP camera. It has a 2.15GHz quad-core Qualcomm Snapdragon 820 processor  and 4GB of RAM. It comes with 32GB of internal storage, but also has a microSD card slot for more storage. Besides the iPhone and the Galaxy S series, LG’s G smartphones have become the most popular in the industry.

According to PocketNow, the LG G4 racked up over a million shipments in three months, which is more than the LG G3 sold in a year. The LG G5, with positive early word-of-mouth, is expected to easily match the G4 sales. If things keep going up for LG, they could eventually replace Samsung as the number one Android smartphone maker.

Daryl Deino has been a technology enthusiast since 1995 and has written for several newspapers and technology sites. Please reach him at [email protected]
View all posts by Daryl →
This entry was posted in Tech News and tagged LG G4, LG G5, Samsung Galaxy S7. Bookmark the permalink.