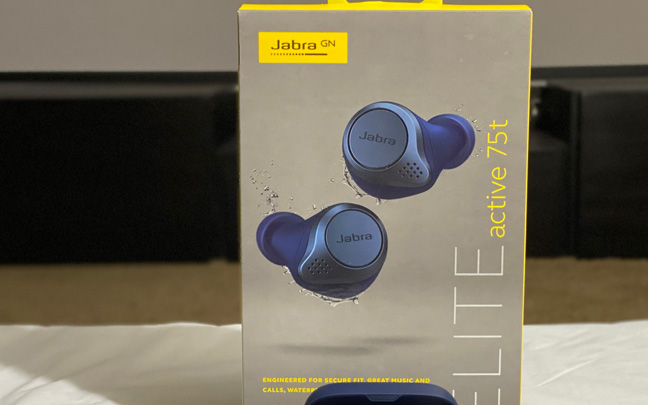 The Jabra Elite Active 75T earbuds can be purchased at Best Buy for $140.

I am very late in reviewing the Jabra Elite Active 75T earbuds, especially since they came out in October. However, what made me renew interest in them is the fact that Jabra added active noise cancelling to the buds through an update.

I liked the 65t buds when I reviewed them in 2018, so I went into reviewing the Active 75t buds with excitement. I have to admit that the nugget design is impressive, and the IP57 waterproof rating means they can survive most wet situations, though it’s not recommended you swim with them since pool chemicals can cause damage. The small case, which is smaller than that of the AirPods Pro, is also well thought-out.

One main problem I encountered, which others may not, is that none of the silicone/gel tips included in the package fit my ears perfectly. I haven’t run into this with any other earbuds I’ve used. No matter what tips I used, which were thankfully easy to change, it always felt that the buds would fall out of my ears. In addition, my ears did have a minor burning sensation after using the buds for several hours at a time. 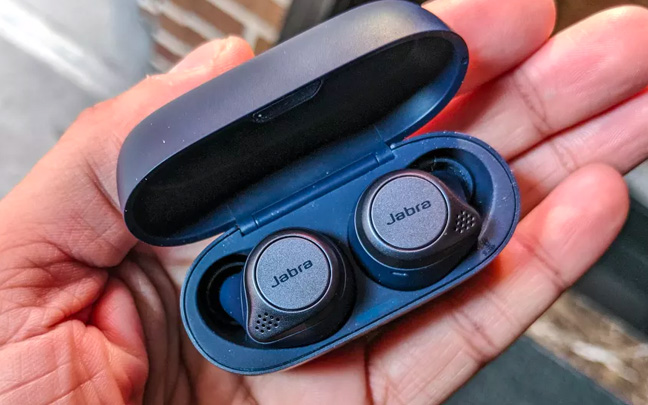 Several other websites have complimented the sound, which can be manipulated with a software equalizer in the Jabra app. However, I find that sound is cheap, even though there is a lot of bass. The main problem is the lack of  sound separation from the high, lows, and middle ranges.

The call quality in quiet situations is actually impressive considering the earbuds barely protrude from the ears. It’s a miracle that the earbuds can pick up your voice so well. However, once you go outdoors, the mics don’t cancel enough background noise. One of my callers was easily able to identify certain background sounds when I was walking throughout Albertsons.

Jabra claims that the battery lasts seven-and-a-half hours on a single charge, although I usually powered though a little more than seven. That’s still impressive, and the case is good for four full charges. In this category, Jabra beats Bose and Apple.

However, I’d rather have less battery life and better sound. I’d also like to be able to talk outdoors or in a crowded room without people asking me to repeat myself. It’s true that Jabra packs a lot for the price, but there are better options that cost only slightly more.

Daryl Deino has been a technology enthusiast since 1995 and has written for several newspapers and technology sites. Please reach him at [email protected]
View all posts by Daryl →
This entry was posted in Review and tagged AirPods Pro, Jabra, Jabra Elite 75t Active. Bookmark the permalink.