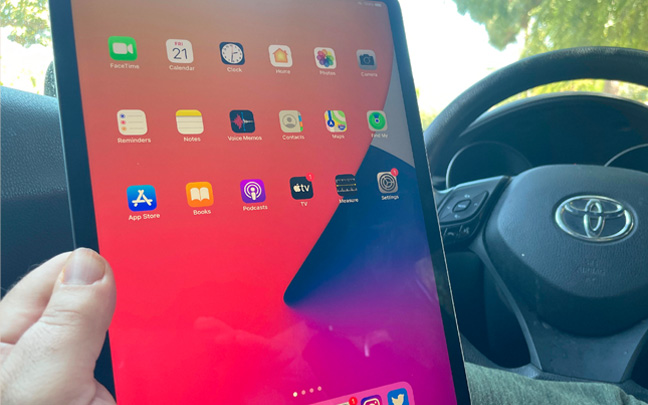 I received the new iPad Pro 11 to review, and I was a little upset. I was so much looking forward to reviewing the new 12.9-inch version with the Mini-LED screen. After all, I’ve been reading how it’s the best screen that has ever appeared on a tablet. And that’s not a lie.

I headed over to the Apple Store to take a look at the new 12.9-inch iPad, and I saw with my own eyes how crisp a Mini-LED screen actually is. It was especially contrasty when looking at HDR photos and videos. I then took the screen on the 11-inch iPad for a ride since it was displayed right next to it. I realized the Mini LED screen looked better — but not that much better. 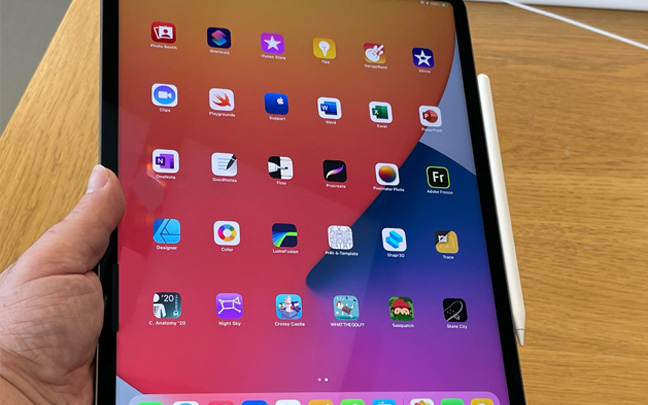 There are people who normally get the 11-inch iPad Pro who are spending $300 more for the new 12.9-inch Pro just because of the screen. Never mind that it is not nearly as easy to carry around. Never mind that it has more of a square aspect ratio that puts larger black bars on top and below of video content. There’s also the fact that one is paying $1,099 for a tablet that has the power of a high-end laptop but can’t be used like one due to the limitations of iPadOS.

It’s like driving a new Mercedes on the 101 Freeway in Los Angeles at 9 a.m. Who cares if you have a beautiful car when you can’t go anywhere! The 11-inch Pro may also be frustrating with the same  iPadOS limitations, but at least you’re not paying the same price you would for a MacBook Pro. Of course, the price rises once you add accessories.

The 2021 11-inch Pro doesn’t look much different than last year’s model, but you’ll notice the difference once you use apps such as Adobe Photoshop, which now renders changes to photos almost instantly. If you transfer 3GB worth of files from your MacBook Pro, you’ll be shocked how fast your files transfer — it only takes seconds! 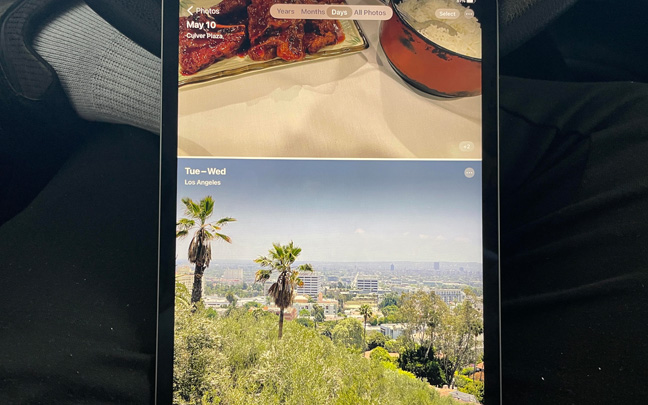 The iPad Pro 11 is excellent for taking and viewing pictures.

The rear cameras take excellent pictures with 12MP (wide) and 10MP (ultra-wide) lenses. They aren’t as good as pictures taken with the new iPhone 12 Pro, but you won’t notice the difference in most situations. The front camera takes decent pictures as well, though it shows reflections more. The 4K video clips taken with the iPad Pro look fantastic. It would be even better if Apple brought Final Cut to the Pro, which has the capabilities to instantly render videos.

Then, there’s the battery life. One test with constant streaming from Netflix (with brightness set at 50 percent) showed 10 hours, which is great for a device this thin and powerful. Speaking of Netflix, the 11-inch iPad Pro displays colors really well, and the contrast ratio is excellent. Yes, the 12.9 inch Pro has an even better contrast ratio, but you need to play HDR content to fully utilize it.

Perhaps I’m jealous that I didn’t get the 12.9-inch Pro to review. However, I am very satisfied with the 11-inch tablet, and most consumers will be as well.

Daryl Deino has been a technology enthusiast since 1995 and has written for several newspapers and technology sites. Please reach him at [email protected]
View all posts by Daryl →
This entry was posted in Review and tagged iPad, iPad Pro 11. Bookmark the permalink.