The Galaxy Tab S7+ May Be A Better Deal Than The New 12.9-Inch iPad Pro 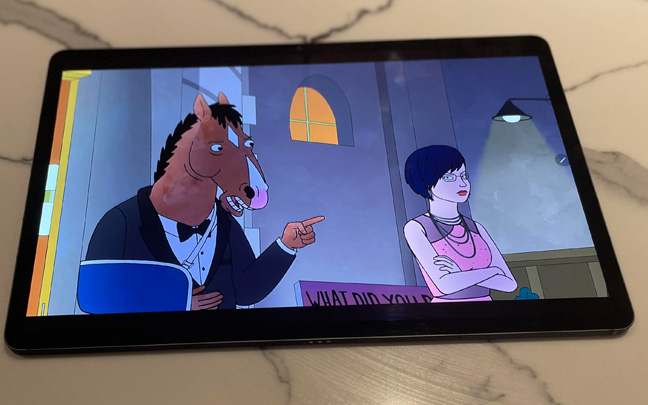 The Galaxy Tab S7+ has an incredibly crisp screen.

There is a lot of hype for the new 12.9 inch iPad Pro, especially because it has a Mini-LED screen. Tech Radar explains this rather new screen technology.

“As the name suggests, Mini LED shrinks the LED modules that provide backlighting to LCD screens. LCD pixels can’t illuminate themselves – like OLED can – so they need a light-source behind them to shine through, creating the necessary brightness and color. Because of this extra layer of backlighting, too, the pixels in an LCD display can never be turned all the way off.”

The article summarizes Mini-LED as, basically, a more efficient way of backlighting an LCD screen. The improved contrast and brightness makes it comparable to OLED screens, but they are not as expensive to produce. Still, they are new and it’s the reason the iPad Pro 12.9 will go up in price this year. 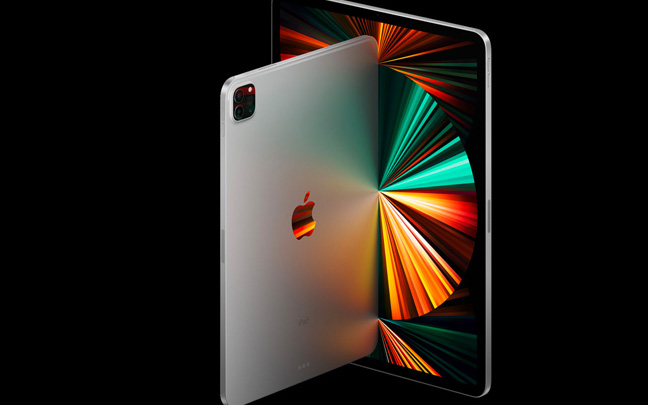 There is much hype for the new iPad Pro series, especially the 12.9-inch version.

The cheapest 12.9-inch iPad Pro you can buy is the 128GB Wi-Fi version, which costs $1099. This may be a deal for those who want a tablet that can match the power of a laptop. (It includes the amazing new M1 chip Apple includes with their latest laptops.) However, the iPadOS software still doesn’t quite match the power of Apple’s desktop software, macOS.

By the time you add in the keyboard and Apple Pencil, you will be close to $1500, a price way too high for those who just want to use their tablet primarily as a media consumption device. There is another tablet that is slightly smaller (12.4-inches), has a Super AMOLED screen, and includes a stylus. It does almost everything the iPad Pro can do, and you can get it for $800 in some places.

The Samsung Galaxy Tab S7+ is perfect in almost every way. Unfortunately, it runs Android, which still hasn’t provided many robust tablet apps. For example, there is only a watered-down version of Photoshop. And good luck finding powerful video editing apps. Then again, that’s what makes this tablet perfect for those who would use their laptop for heavy photo and video editing in the first place.

If you want to take notes, the included S Pen is excellent. If you want to surf the Internet, the screen has a 120Hz refresh rate for scrolling. And the battery life is fine for a tablet of this caliber (almost 8 hours of back-to-back streaming Netflix with brightness set at 50 percent). If you use the AirPods Pro or AirPods Pro Max, switching between your iOS and Android tablet is very easy.

I’m sure the reviews for the new 12.9-inch iPad Pro will be stellar. Many will say that Apple has re-invented the tablet. However, most people will find that the device is overkill and overpriced. The Galaxy Tab S7+ is still the consumption tablet to beat, and it costs much less.

Daryl Deino has been a technology enthusiast since 1995 and has written for several newspapers and technology sites. Please reach him at [email protected]
View all posts by Daryl →
This entry was posted in Tech News and tagged iPad Pro, Samsung Galaxy Tab S7+. Bookmark the permalink.