In Celebration of the Life of Dr. G Dees

We are here for more than just the business and technology, for the true purpose and mission of this corporation is to promote social entrepreneurship through example. There have been many inspirations that led to the conception and realization of iReTron, but none greater than the late Dr. Gregory Dees. The “Godfather of Social Entrepreneurship”, 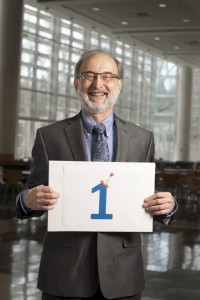 as he was named, not only founded CASE in Fuqua, but also brought social entrepreneurship into the academic arena. Most importantly, he was the kindest of souls and left a legacy for others to follow.

During his visit to Stanford one year ago, I had the honor of meeting Dr. Dees. Slowly, through conversation, I began learning of all that he has done in the past three decades. What caught me most off-guard however, was when he asked me, “So what are you up to as a high school student?” As I began explaining him to the concept of my small business project, he left me with a piece of advice.

The advice was that the key to growing a social enterprise is to not scale the business, but rather to spread the philosophy behind the business. And this sole piece of advice has carried me through the most troubling of times. Before pitching to my seed round of investors, I was caught between whether I should promote my business as a profitable corporation or a triple-bottom-line enterprise. Without doubt, the latter is much less attractive than the former, but my decision to stick with my philosophy has always proved to bring people together. Through my past two years of running my first start-up, it’s not hard for me to say that there is nothing more powerful than the goodness of an idea, and the people it can bring together.

Visiting him over the summer, only six months ago, Dr. Dees appeared livelier, brighter, and more energetic than even some of his students. Over lunch, while we shared each of our current endeavors as well as plans for the future, I was astounded and grew ecstatic over the thought of finally being able to attend one of his classes next year.

It’s unfortunate I will never have the chance to listen one of his lectures live, but that does not dismiss what we can learn from him. You have inspired many, and changed the lives of those, such as me…and your passing away requires no mourning of death, but rather, celebration of life.

This entry was posted in What goes on at iReTron. Bookmark the permalink.