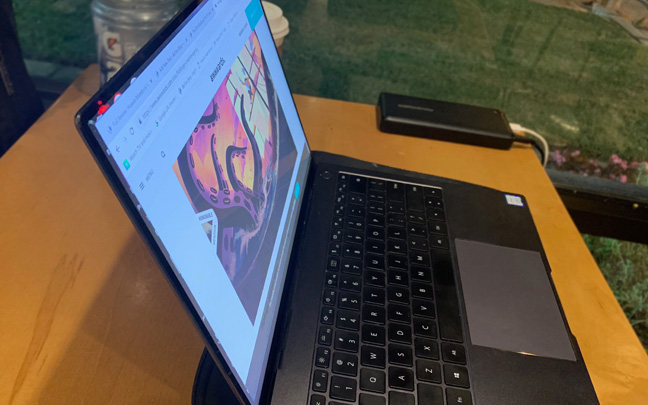 The best laptop on the market isn’t the Surface Pro. It’s not the MacBook Pro. It’s not the new MacBook Air. The title goes to the Huawei MateBook X Pro, and it’s quite shocking that more people aren’t aware of it.

I gave the laptop a great review in August. Usually, my excitement with a laptop dies down after the honeymoon period. But that’s not the case with the MateBook X Pro, which I appreciate more than when I first got it.

The X Pro has become my number one go-to media device for watching movies and even listening to music when I am in a small room. The speakers are just as good as they are on the new 13-inch MacBook Pro, and the screen is just as sharp. Well, perhaps the color display and contrast ratio isn’t as good as the MacBook Pro’s, but it’s close enough. Besides, the screen resolution is better on the X Pro, and this is especially noticeable when reading text. 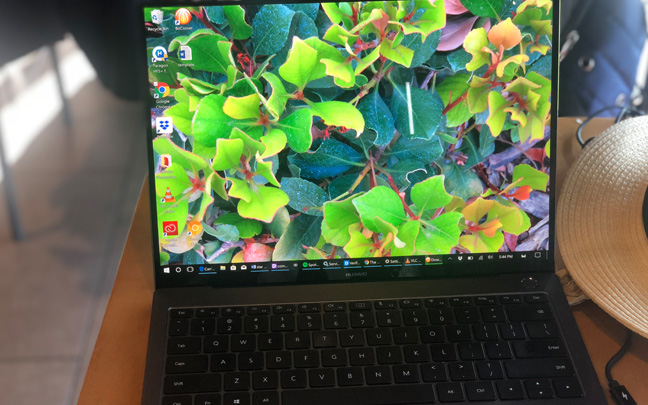 The Huawei MateBook X Pro has a stunning screen.

I don’t dislike Apple’s Butterfly keys as much as others, but I prefer the keys on the MateBook X Pro, which actually have some travel (though minimal) to them. Still, once you get used to the keyboard, it’s the best on the market. It really makes a difference when you are typing documents for more than 15 minutes. 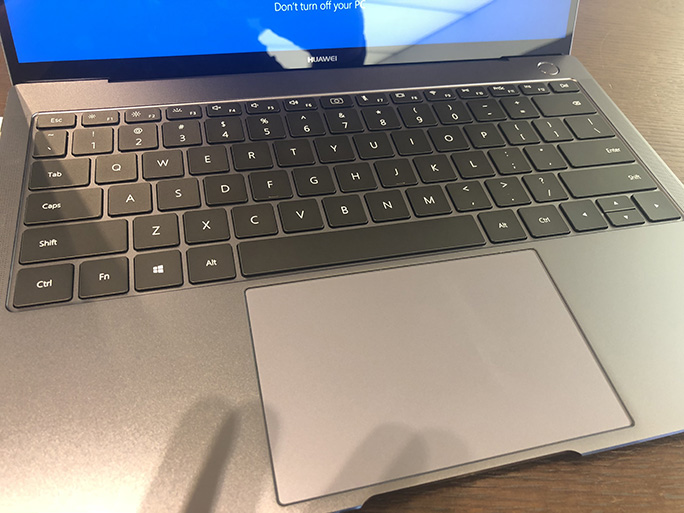 The X Pro has a perfect keyboard.

I’m not absolutely in love with the touchpad. It’s comfortable and works, but it’s not as smooth as the touchpad on Microsoft’s Surface Pro. It’s not even close to being as good as the touchpad on the MacBook Pro. However, it’s definitely not a deal killer. It’s just easier to make mistakes between right and left clicks.

The worst thing about the X Pro is the webcam, which is hidden in a key on the top row. Once you press the camera key, the webcam comes out. As cool as it sounds, you’re not going to want to use this as your primary webcam. Luckily, I barely use a webcam. If I need to do video conferencing, I use my iPhone.

Despite some minor shortcomings, Huawei’s MateBook X Pro is still the best laptop on the market. It not only provides a 14-inch screen, but the ultra-thin and portable notebook, which is powerful enough to replace your desktop in most situations, provides all-day battery life and allows you to accomplish just about any task whenever and wherever you need to.

Daryl Deino has been a technology enthusiast since 1995 and has written for several newspapers and technology sites. Please reach him at [email protected]
View all posts by Daryl →
This entry was posted in Review and tagged MacBook Pro, MateBook X Pro, Surface Pro. Bookmark the permalink.