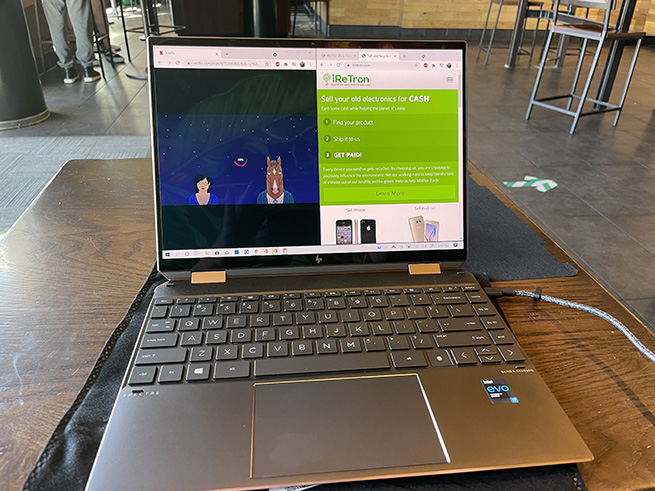 Last year, I reviewed the HP Spectre x360 with OLED screen, and the unit wasn’t as groundbreaking as I expected. The OLED screen looked great for movies, but was too contrasty for regular web viewing. The battery life was dismal, even for an OLED device. Then, there was the outdated 16:9 aspect ratio.

HP improved all these aspects with the HP Spectre x360 14 and has produced the best 2-in-1 laptop of the market today. You get plenty of bang for your buck at $1519 (Best Buy current sale). But if you were looking for a device that also replaces your tablet, you may want to look elsewhere.

The latest Spectre x360 may be the best designed laptop you’ll ever see. It oozes high quality from the gold-cut edges, the classy hinge, and the beautiful keyboard, which is one of the best I’ve tested on a laptop. The keys don’t travel much, but they have perfect tactile feedback. You’ll be able to type as fast on this as you can with any other laptop.

The speaker grilles fire up from the bottom and are, perhaps, the only disappointing thing about this fantastic laptop.  The sound is tinny and gets worse when you turn the volume up. However, they are fine for Zoom calls and even some light music listening. 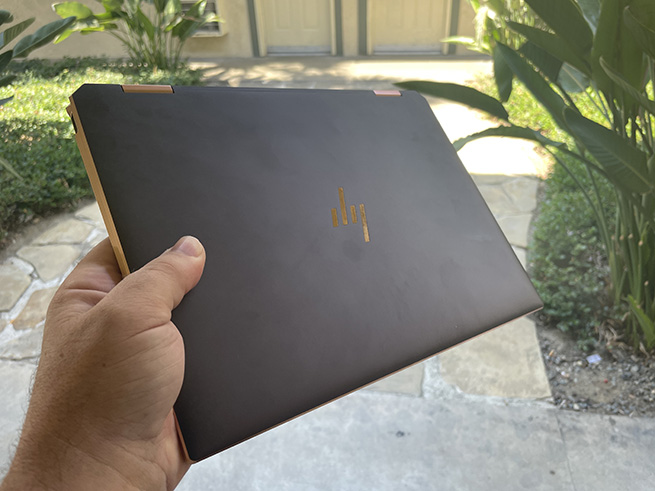 I was afraid that the OLED screen would be too strong on my eyes, but HP has improved the screen for viewing non-video related content. HP has different screen modes that will satisfy a lot of different viewers. As with most Windows devices, you can also manually set contrast, saturation, and tint levels.

The 3:2 aspect ratio is a great size for those who want to view the screen horizontally when watching videos (there’s not too much black bar space above and below content) while also viewing content vertically in tablet mode. It’s the same aspect ratio as Microsoft’s Surface devices.

The new Spectre makes great use out of Intel’s latest 11th generation quad-core i7 processor and 16GB RAM. I easily able to edit pictures in Photoshop while watching Friends on HBO Max. It feels more like I am using an HP desktop PC, and the laptop doesn’t get as hot as HP’s other ones often do. 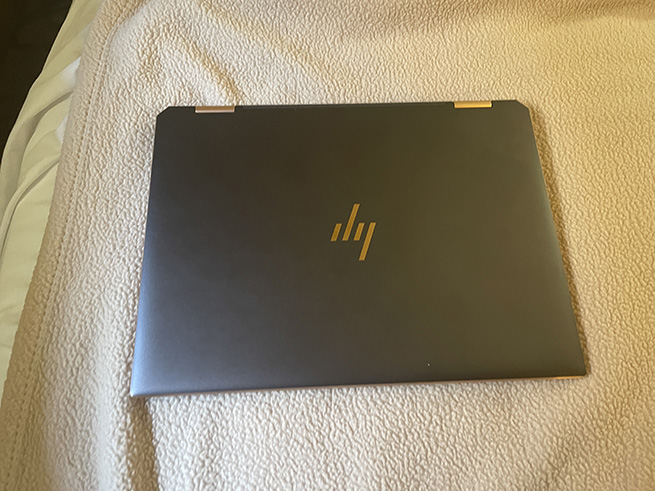 The Spectre 14 is fast but not "Apple" fast.

That said, after using the M1 processor on the MacBook Pro and MacBook Air, using the Spectre 14 (let alone any PC) feels slow. If you are switching to the Spectre 14 from a recent M1 MacBook device, you’ll notice — at least with processor-heavy apps — that the HP notebook moves painfully slow. This certainly isn’t a big deal for those who use their computers for office work, web browsing, and streaming videos.

You most likely aren’t buying the Spectre 14 to use as a gaming machine, but it does some light gaming pretty well. What it really excels at is playing videos, which look like HDR videos even if they’re not. Color really pop when watching BoJack Horseman on Netflix or Friends on HBO Max.

As mentioned earlier, the speakers are mediocre. Many always listen to videos or music on their computers with earbuds or headphones, but it always helps to have a great set of stereo speakers when headphones aren’t readily available. Dell knows this and has improved their speakers on the latest XPS 13 and XPS 15 models. Apple’s latest MacBook Air, though it weighs less, provides much better sound fidelity than the HP Spectre x360 14.

Last year’s Spectre x360 lasted a measly 5 hours and 40 minutes while streaming Netflix at brightness levels between 50 and 75. This year’s Spectre makes the jump to 7 hours and 10 minutes. Some may scowl at these recent numbers, but it’s quite satisfactory since an OLED screen, let alone a 13.5-inch one, take up a lot of battery life.

HP has certainly come a long way, and the Spectre x360 makes major improvements each year. The Spectre x360 14 is almost the perfect 2-in-1. If HP can put better speakers on next year’s model while adding more battery life, Apple will be very nervous.

Daryl Deino has been a technology enthusiast since 1995 and has written for several newspapers and technology sites. Please reach him at [email protected]
View all posts by Daryl →
This entry was posted in Review and tagged HP Spectre x360. Bookmark the permalink.