Hands (And Fingers) On With The Microsoft Surface Studio 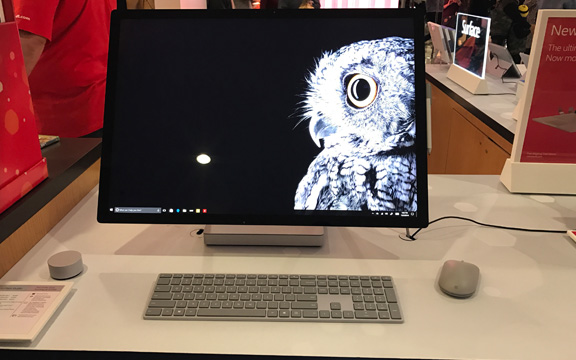 I wasn’t really excited about writing about the Surface Studio, which is why this is my first article on it, although the device came out a few weeks ago. But today, I walked by the Microsoft Kiosk at the Glendale Galleria and finally saw the Surface Studio with my own eyes. Needless to say, I was more impressed with the device than I ever thought I would be.

Let’s just say that the Surface Studio looked and felt like an iMac on steroids. The first thing that fascinated me was the 4500 x 3000 pixel resolution 28-inch screen, which looked even better than the screen on the 5K iMac. 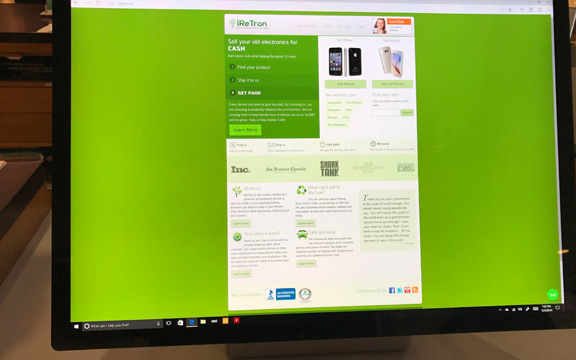 The Surface Studio has a fantastic screen.

I used my fingers to navigate the device, and the Surface Studio operated smoothly but not smoothly enough for a $3,000 machine. The one I tried had the Intel Core i5 processor with 8GB of RAM. For $500 more, you could have one with an i7 processor and 16GB of RAM. There is no way the Surface Studio is worth the price, but that doesn’t mean its not a really good product. 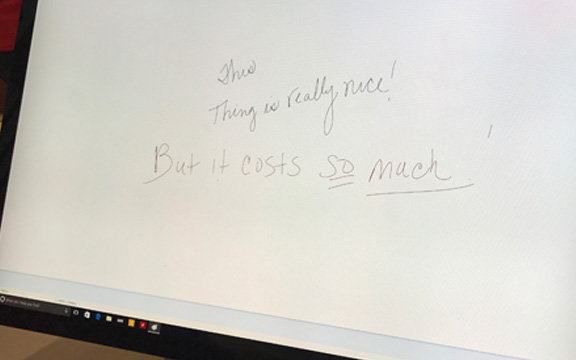 The Surface Pen experience is okay, but feels slightly underwhelming for a $3,000 product.

Then, there is the Surface keyboard, which I love as much as the iMac keyboard. The keys have just the perfect amount of travel and tactile feedback, and the mouse operates smoothly as well, even if it doesn’t feel as exquisite as Apple’s Magic Mouse 2. There is a Surface Dial as well, but I didn’t get to try that out. 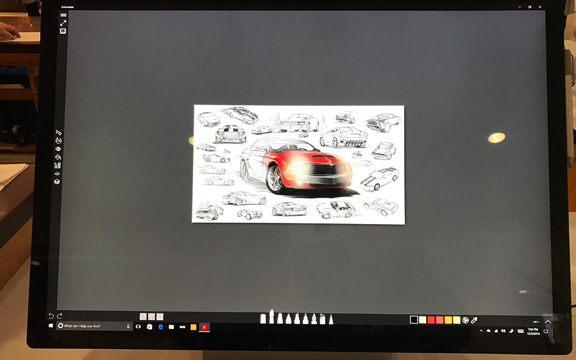 The Surface Studio's price is the only real huge turnoff.

There were other people looking at the Surface Studio while I was writing notes. They were in awe of the device until they were told it would cost $3,000. And the price is the only major criticism (the others were minor frustrations) the Studio really deserves. Until the price comes down at least $2,000, it is going to be very hard for Microsoft to sell the Surface Studio — even to a niche audience.

Daryl Deino has been a technology enthusiast since 1995 and has written for several newspapers and technology sites. Please reach him at [email protected]
View all posts by Daryl →
This entry was posted in Video and tagged Microsoft Surface Studio, Surface Pen, Surface Pro 4. Bookmark the permalink.