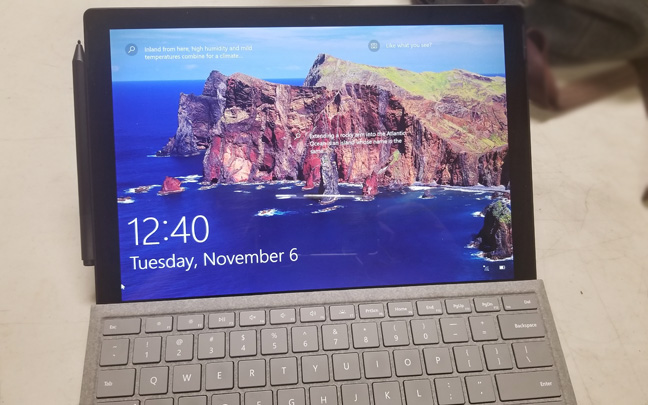 I gave my first impressions review of the Surface Pro 6 two weeks ago, and it was mostly positive. Now, that I’ve had a couple days to fully test out the new Surface Pro, I still think it’s a great device. But the more I use it, the more angry I get that it feels like a one-year old device. And in the tech world, one year can feel like 5. Let’s take a closer look

Besides the black matte finish (and it definitely looks sexy), there doesn’t appear to be any difference between 2018′s Surface Pro 6 and 2017′s Surface Pro. In other words, the laptop/tablet measures just 0.33 inches thin and weighs a mere 1.7 pounds. If Microsoft made it any thinner or lighter, the amazing battery life wouldn’t be possible.

I wish that Microsoft could have reduced the bezel space and added more screen real estate. Some may argue that the half-inch bezels around the screen is good for handling a tablet. I understand that a tablet can’t be all screen, but I hope Microsoft shortens the bezels in the 2018 edition. 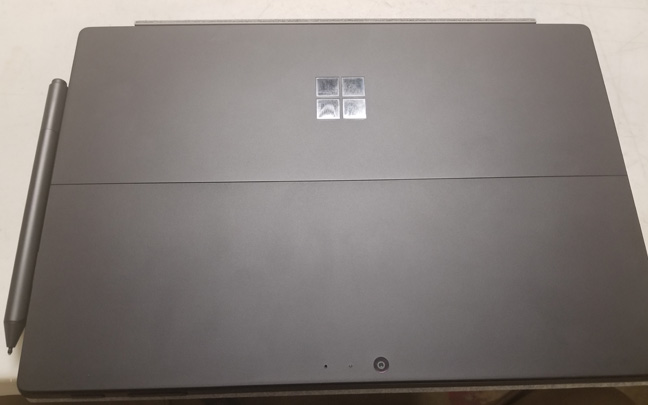 The Surface Pro 6 now comes in an all-black finish.

Barely anybody has noticed this, but there is a noticeable difference in the contrast ratio on the new Surface Pro 6. Microsoft has finally matched Apple when it comes to the blacks being as black as possible for an LCD screen. The colors pop out beautifully and images look sharp.

Some people wanted Microsoft to make a 4K screen for the Pro 6, but it would serve no purpose except to make the battery life shorter. Overall, the Pro 6 screen matches Apple’s new MacBook Pros and iPad Pros when it comes to the best screens on computer devices.

This is where the Surface Pro 6 differs the most from previous versions. The quad-core i5 processor in the Pro 6 makes things operate very smoothly, even when using apps such as Adobe Photoshop and Adobe Premiere. The latter app actually works well on the Surface Pro 6, although one who constantly edits HD or 4K videos would probably want to go with the Pro that has the i7 processor or — even better — a laptop that has a discreet GPU.

The best part about this is that the Intel Core i5 processor is fanless, so you don’t hear the dreaded coil wine sound that Surface Pro units before 2017 had. The unit can get pretty hot when one performs processor-heavy tasks, but not overwhelmingly so.

This is where Microsoft really misjudged their consumers, even though it’s perhaps not a deal killer. There is still no USB-C port, which was questionable not to have in 2017 and not controversial to leave out in 2015. However, a USB-C port is pretty much a given now on just about every PC device.

The Surface Pro 6 does have a single USB-A port, a mini-DisplayPort, a microSD slot hidden under the kickstand, a Surface Connect dock, and a headphone jack. Most will be satisfied, but many, especially those who love cutting-edge technology, will be disappointed. 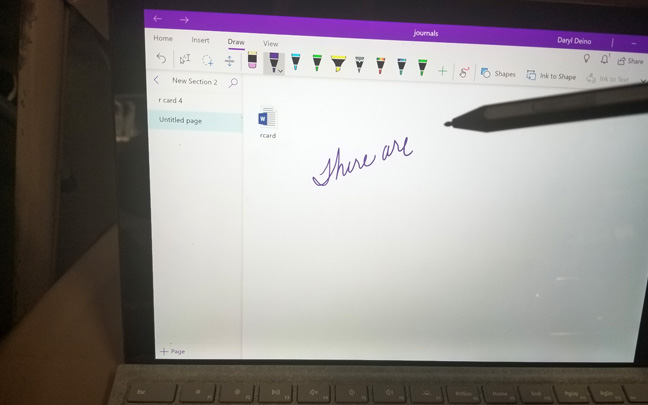 Here is another area where the Pro 6 has greatly improved. With the latest Surface Pen, inking is almost perfect. You no longer need to worry about making squiggly lines when drawing; pen jitter is finally a thing of the past!

The iPad Pro still wins the award for providing the best inking experience (with the Apple Pencil). However, Microsoft comes very close this time around. The Pro 6 is perfect for students who want to take handwritten notes and organize them.

The Surface Pro 6 appears outdated at first (and maybe second and third) glance. But once you use it, there are important improvements compared to 2017′s model, with noticeable improvements in performance and battery life. If you are thinking of getting a 2018 iPad Pro, it would be advisable to take a look at the Surface Pro 6 first.

Daryl Deino has been a technology enthusiast since 1995 and has written for several newspapers and technology sites. Please reach him at [email protected]
View all posts by Daryl →
This entry was posted in Tech News and tagged iPad Pro, Microsoft, Microsoft Surface Pro, Surface Pro 6. Bookmark the permalink.