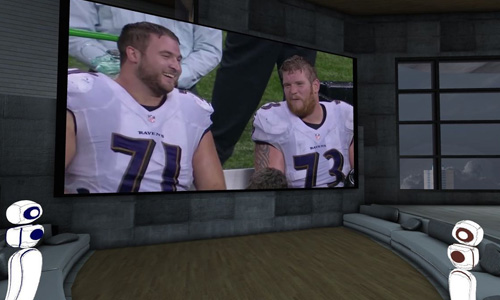 AltspaceVR has just been released for the Gear VR virtual reality headset. It will also be available on other headsets, like the Oculus Rift and the HTC Vive. It goes beyond Oculus Social in that it has more environments, provides more realistic avatars, allows you to play interactive games with others, and allows more movement. (Click on video) 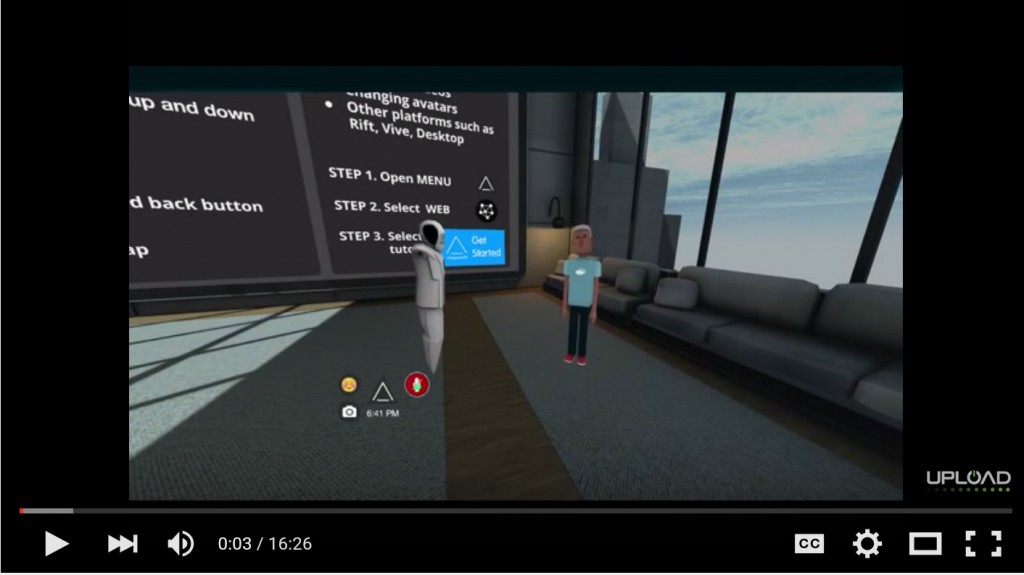 I was excited to try this after I registered. The first room I went into was a room where people were playing hockey. I was able to turn on my audio and talk to others, but I consistently heard my voice after I talked. Still, I was quite impressed with the environment and soon made my way towards the hockey table.

The way to move in these rooms is by swiping the touchpad on the side of the Gear VR. As I did so, the room kept spinning and before I even got to the hockey table, I felt like I was going to throw up. So, I just stood at the table a little bit and talked to people. One of the people I talked to was one of the developers of the app. He guided me on how to change my avatar and do other things as well. 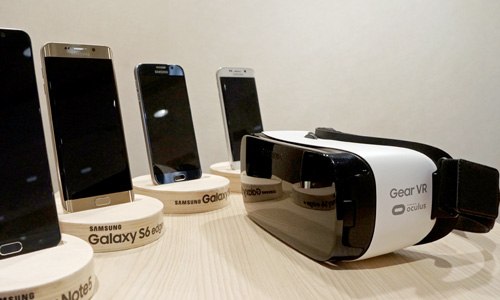 There are other rooms that have different events. One room has a stand-up comedy routine where you can perform and another has an artificial projector screen. AltspaceVR is more of an ecosystem than an app. The creators of AltspaceVR have done more with virtual reality technology than anything I have ever seen.

Still, the app made me feel incredibly dizzy. I wanted to explore more, but also didn’t went to end up with my head positioned above my toilet after I took the Gear VR off. I don’t get dizzy very easily and have been using the Gear VR for more than a year. As soon as the creators of this are able to make the movements seem more real, I can see people getting addicted and hanging out in the virtual reality world rather than the real world. Who needs the real world anyway, right?

I am going to find my Bluetooth controller and will experiment with AltspaceVR some more. Right now, I am still impressed. However, I am going to take a strong aspirin before I try it again.

Daryl Deino has been a technology enthusiast since 1995 and has written for several newspapers and technology sites. Please reach him at [email protected]
View all posts by Daryl →
This entry was posted in Review and tagged Virtual Reality. Bookmark the permalink.