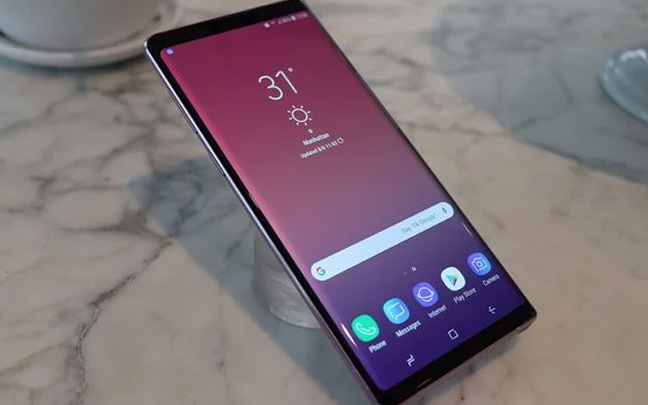 Don’t get me wrong — if you don’t have the Galaxy Note 8, this phone is a great upgrade. However, for the first time in several years, I didn’t find myself walking out of the store saying, “I can’t wait to get that phone.”

I love the stereo speakers — they sound just as good as the iPhone X speakers and provide some “oomph.” Many who have given their first impressions of the Note 9 don’t think this is a big enough change to write about. It is. The stereo speakers allow you to enjoy the multimedia experience without headphones or a Bluetooth speaker.

The screen is slightly larger (6.4 inches compared to the Note 8′s 6.3 inches), but it’s hard to notice since the complete phone is slightly smaller. The 18.5:9 aspect ratio is still too narrow for decent note-taking. However,  the S Pen is more than a stylus this time around; it’s a Bluetooth device that can operate the phone from a distance. That means you can take snapshots, and taking a selfie becomes a lot easier. You can also switch between front and rear cameras. 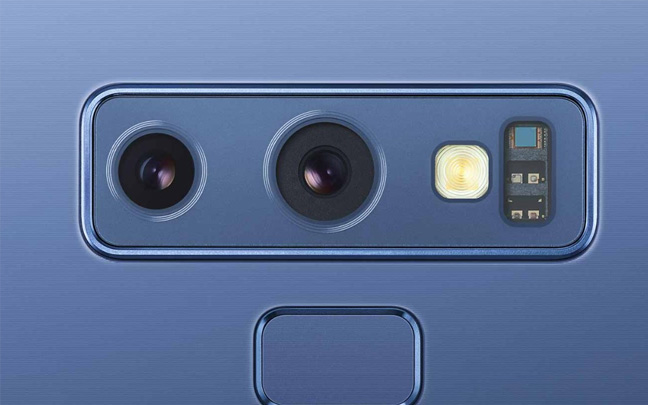 The Note 9 has an outstanding dual-lens camera.

And, speaking of cameras, it’s the same one as the Galaxy S9 — which isn’t a bad thing as that camera not only takes great pictures, but fantastic videos as well. The Note 9 has a dual-lens camera that especially takes great pictures in low-lit situations — sometimes even better than the iPhone X. The image stabilization also works very well. Still, I don’t think the camera can shoot anything as good as the iPhone X can in “Portrait” mode.

I didn’t get to test the battery life, but the 4,000mAh battery scares me. It’s needed because of the extra power the Note 9 consumes, but I also think back to 3,500mAh battery in the Note 7 and how that caused explosions. It’s highly likely that Samsung did some extensive testing so something like that won’t happen again.

I made a test phone call with the device and love how my co-worker’s voice came though so clearly in the stereo speakers. We could both hear each other in the AT&T store’s loud environment. I didn’t get to test phone calls with different Bluetooth wireless headsets, but will do so when I get a review unit.

Once again, Samsung didn’t do anything wrong here. They took an already great device and refined it to make it even better. But will this be enough to get enough people to purchase the Note 9?

Daryl Deino has been a technology enthusiast since 1995 and has written for several newspapers and technology sites. Please reach him at [email protected]
View all posts by Daryl →
This entry was posted in Review and tagged Galaxy Note 9, iPhone X, Samsung, Samsung Galaxy Note 9. Bookmark the permalink.