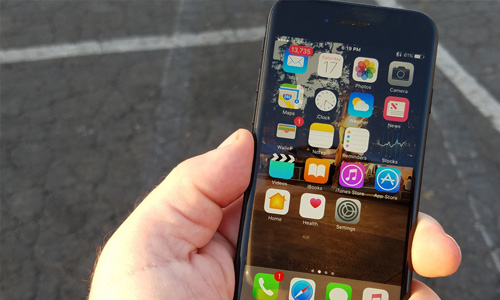 I was able to get my hands on an iPhone 7, not the iPhone 7 Plus, which is what I had really wanted. I truly think Apple is purposely releasing a limited supply of both iPhone 7 units in order to create more hype and give the illusion that the iPhone is more in demand than it really is. However, it’s quite possible I am wrong. I can also honestly point out that the iPhone 7 is significantly better than I had originally thought.

The first thing I noticed was the screen. Even though it has the same 1344 x 750 pixel resolution as the previous two iPhones, the new Wide Color display, which is the same that is put in the latest 9.7-inch iPad, is stunning.  It makes a difference and you don’t need to even put the iPhone 7 and 6s next to each other to see the difference.

While the new iPhone doesn’t look much different at first glance from last year’s model, you will certainly notice the difference in speed. The iPhone 6s was no slouch, but the iPhone 7 wins the gold medal for speed. You will especially notice this when using multimedia apps and the Camera app. 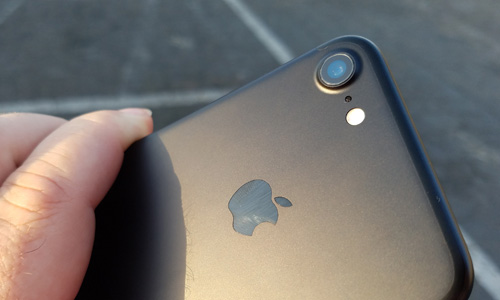 The iPhone 7's camera has been noticeably improved.

Speaking of the camera, it’s a shame the iPhone 7 doesn’t have the same dual-lens shooter as the iPhone 7 Plus. But Apple gas given the 7 optical image stabilization, which certainly helps the photos. You will notice that the iPhone 7’s photos are now more saturated, and many are clearer as well.

The best part about the iPhone 7 is the stereo speakers, which work better than stereo speakers have ever worked on a smartphone before, including all of HTC’s recent phones. You have to be able to listen to a movie or even music to understand what a big difference the stereo speakers make. No, they won’t replace your Bose Bluetooth speakers anytime soon, but they are good for times you just want to use your iPhone without having to connect it to anything.

So, is there anything to dislike about the new iPhone? I am still on my “honeymoon” period with it, but I can see some downsides. The battery life has improved, but the iPhone 7 isn’t a last-all-day phone like the iPhone 7 Plus or even the 6s Plus. There is also the removal of the headphone jack, which doesn’t bother me since I use Bluetooth wireless headphones anyway. Still, after spending time with the new iPhone 7, you may be quite surprised how much better it is in person than on paper.