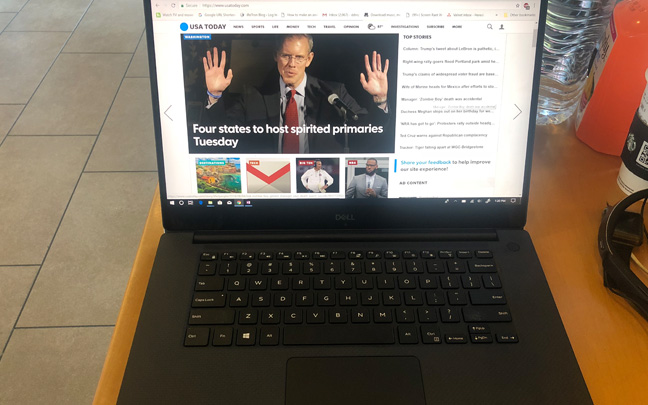 This blog talked about the surprisingly hype-lacking Dell XPS 15 9570 a couple weeks back, and — as promised — I have a living and breathing unit that can be reviewed. One theory why there have not been many reviews posted is because Dell needed to work on all the quirks before letting reviewers analyze the device. 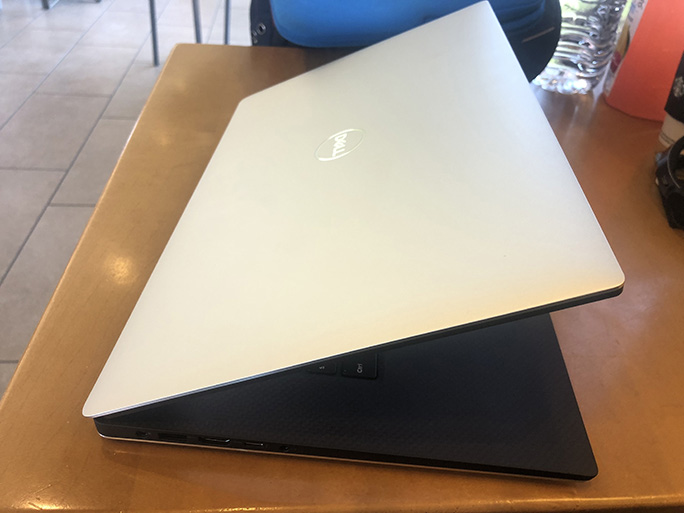 The XPS 15 is relatively light for a computer with a 15-inch screen.

Unlike the 2018 version of the Dell XPS 13, the XPS 15 retains it’s style that is clean, basic, and rubbery. But that’s not necessarily a bad thing. Unlike the new XPS 13, Dell is still able to put in a Thunderbolt 3 port, two USB 3 ports, an HDMI port, a headphone jack, and a regular SD card reader.

I haven’t always been a huge fan of the keyboard on the XPS 15 — I felt that in order to save time, they just cram in the XPS 13 keyboard on a 15-inch unit. But after using the keyboards for other thin notebooks such as the MacBook Pro or even the XPS 15 2-in-1 (which are still decent), I appreciate the full-travel keyboard a lot more.

The display on the XPS 15 9570 is the same exact one that is on the brilliant XPS 15 2-in-1 that was reviewed here a couple months back. Though there was minor backlight bleed on that unit, there is not an ounce of bleed on this unit, which was tested in a completely dark hotel room during the night. It has a crisp 4K screen, but you can save a couple hundred dollars by getting one with a 1080p HD screen (though I would highly suggest that you don’t). 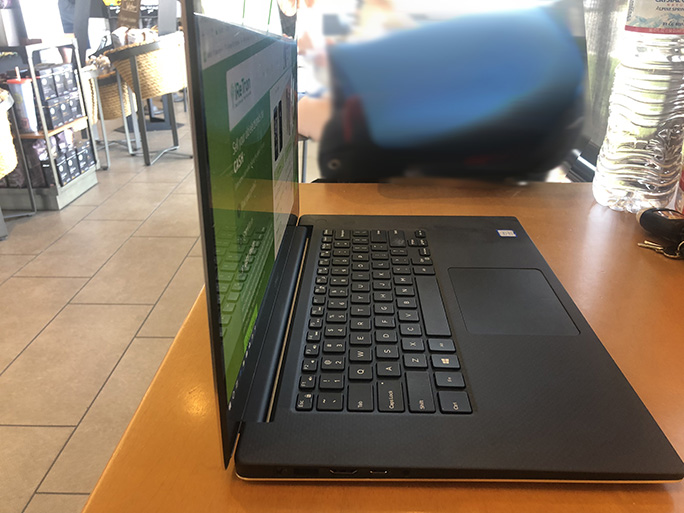 The new XPS 15 is a powerhouse that has great battery life.

The XPS 15 runs on  a 2.8-GHz Intel Core i7-7700HQ CPU, 16GB of RAM and a 512GB PCIe SSD. It’s the fastest ultrabook (yes, it can still be categorized as one) I have used. With Adobe Photoshop, Microsoft Word, OneNote, and Internet Explorer running, I was easily able to open 10 tabs in Chrome without feeling any noticeable slowdown.

The XPS 15 also runs on an a Nvidia GeForce 1050 GPU with 4GB of VRAM — this makes the laptop perfect for light gaming, even though it’s not advertised as a gaming laptop. It also makes the laptop compatible with some VR headsets, especially those for Microsoft’s Mixed Reality platform.

The speakers on the XPS 15 have always been average, and nothing has changed. It’s unfortunate, with so much space on the sides, that Dell continues to put its speakers on the bottom of the unit. However, with the MaxxAudio Pro app, one can increase bass and spacial separation. But compared to the 15-inch MacBook Pro’s speakers, Dell is a million miles behind. 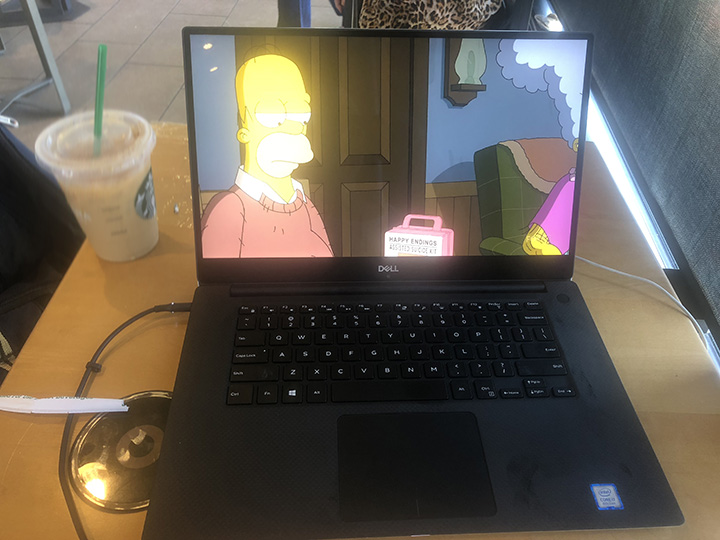 The XPS 15 battery allows you to stream 'The Simpsons' for several hours.

I didn’t expect the latest XPS 15 to be that great on battery life, especially because of its power and 4K display. But the battery life is excellent. With the brightness turned up to 70 percent while streaming a movie on a loop, I was able to get more than seven hours of use. Using it normally without constant streaming, it would easily last me the whole day. This may be the first 15-inch notebook that you don’t need to lug around a charger with all the time.

Dell’s notebooks are known for loud fan noise and becoming hot during strenuous use. The Dell XPS 15 is no different, but this isn’t a deal breaker. When the fan noise does get loud, it doesn’t have the annoying coil whine that previous Dell computers had. And when it becomes hot, it’s not bad enough that it will burn your lap. Still, one hopes that Dell can work on these minor issues in the future.

The Dell XPS 15 9570 is not only cheaper than the 15-inch MacBook Pro, but it runs just as fast and is just as capable. This laptop doesn’t have Apple’s solid design or fantastic speakers. Thankfully, it also doesn’t have the Pro’s gimmicky Touch Bar. If you can look past some minor quirks, the XPS 15 is still the ultimate laptop.

Daryl Deino has been a technology enthusiast since 1995 and has written for several newspapers and technology sites. Please reach him at [email protected]
View all posts by Daryl →
This entry was posted in Review and tagged Dell XPS 13, Dell XPS 15, MacBook Pro. Bookmark the permalink.