Can The Samsung Galaxy Book Challenge The Surface Pro 4? 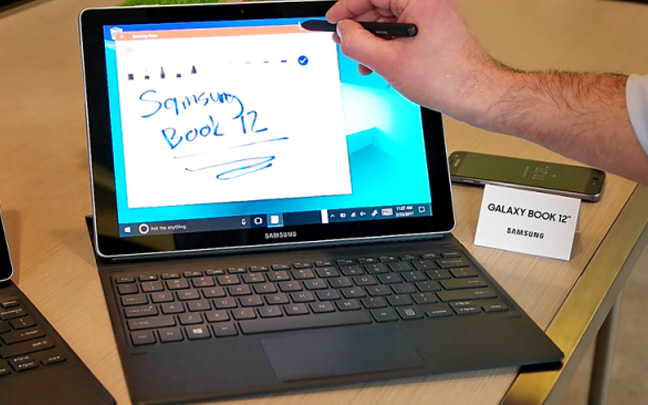 The Surface Pro 4, despite its initial shortcomings (battery life, faulty trackpad driver, etc.) has become the ultimate hybrid laptop. It’s so successful that Microsoft doesn’t have to worry about delaying the Surface Pro 5; the Surface Pro 4 is still a big hit, and sales will continue while Microsoft takes their time on their next Surface Pro.

Within the past couple of years, there have been several Surface Pro clones. The only one that personally fascinated me was the Samsung Galaxy TabPro S, which was a 12-inch Windows 10 tablet that came with a keyboard. For $899 (the price has gone down considerably the past year), the TabPro S had 4GB of RAM, a 128GB SSD (with a microSD expansion slot for more storage), and a beautiful Super AMOLED display, which is still very rare for a Windows 10 device. 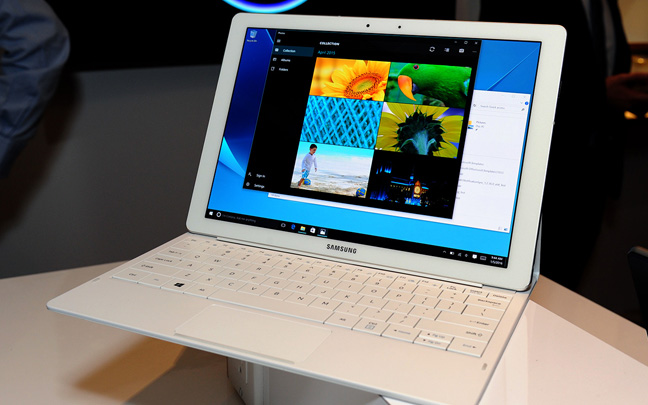 The TabPro S actually felt more like a tablet than the Surface Pro 4 as it was skinnier and had more rounded edges. It would have been the perfect Surface Pro 4 replacement if it didn’t have Intel’s turtle-slow Core M processor. I found that doing office tasks were fine, but once I opened Photoshop, things got a lot more trickly. At the time, I wished that Samsung would release an AMOLED Windows 10 tablet with at least an Intel Core i5 processor, and it looks like my wishes came true. 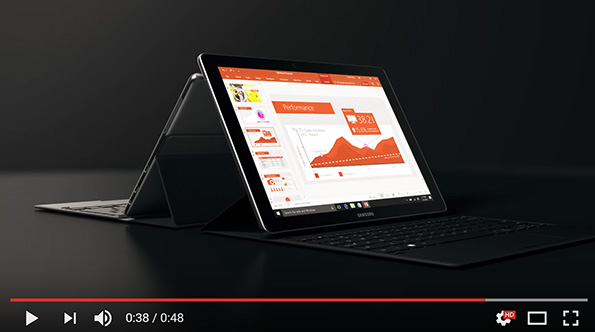 The upgrade to the TabPro S is called the Surface Book, and the high-end version comes with a 3.1GHz “Kaby Lake” Core i5 dual-core CPU, 8GB of RAM, a 256SSD, and the same Quad-HD 12-inch screen our eyes watered over in the previous iteration. Unlike the Surface Pro 4, it actually comes with a keyboard cover. And it also comes with a bigger version of Samsung’s S-Pen. Though it was announced by Samsung in February, the hybrid device still doesn’t have an official release date.

It’s been a busy month for Samsung, who also just released the Galaxy Tab S3, an Android tablet that competes with the the 9.7-inch iPad Pro. The Galaxy S8 and S8+ smartphones, as mentioned in an iReTron a few days back, are shipping to new owners this week. Samsung is hoping to turn things around after the brand-crushing Galaxy Note 7 debacle.

Despite several efforts, Samsung has never made much of a dent in the tablet or PC market. However, the release of the Galaxy Book could certainly change that. Let’s hope Samsung stops teasing the device and releases it before it gets too late.

Daryl Deino has been a technology enthusiast since 1995 and has written for several newspapers and technology sites. Please reach him at [email protected]
View all posts by Daryl →
This entry was posted in Tech News and tagged Galaxy TabPro S, Samsung Galaxy Book, Surface Pro 4. Bookmark the permalink.