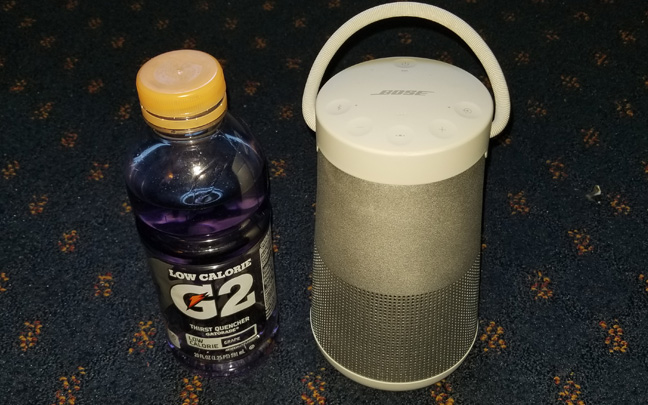 The Bose Revolve+ is relatively small.

Earlier this week, I talked about Bose’s fascinating new Bluetooth Speakers, the Revolve and the Revolve+. After writing the article, I just knew I had to get my hands on one of these units. If I didn’t like my purchase, I still have the 14 day return policy.

I went to the Bose retail store at the Glendale Galleria on Thursday and tested out both the regular Revolve ($199) and the Revolve+ ($299). Truthfully, they both look smaller than they do in pictures. It was hard to get a completely accurate sound test since there was other noise at the store. My first impression was that both of the speakers sounded fascinating, but the Revolve+ had a little more “oomph” to it, even at the same volume. I ended up taking this one home. 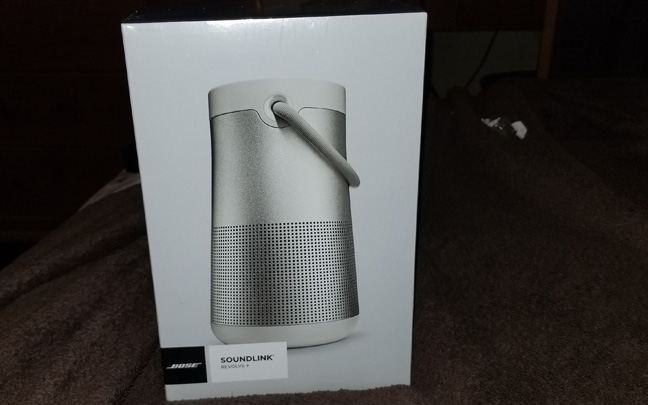 The Bose Revolve+ costs $299, but may be worth the price.

When using the Revolve+ at my apartment, I immediately noticed it had more clarity than Bose’s highly-praised SoundLink III, which came out in 2014. And although it is suggested that one put the Revolve+ in the middle of the room, it actually sounds better closer to the wall since it reflects more bass. In any case, it became quite clear that even though the Bose Revolve+ looks like a lantern or a huge coffee cup, its sound is no joke. 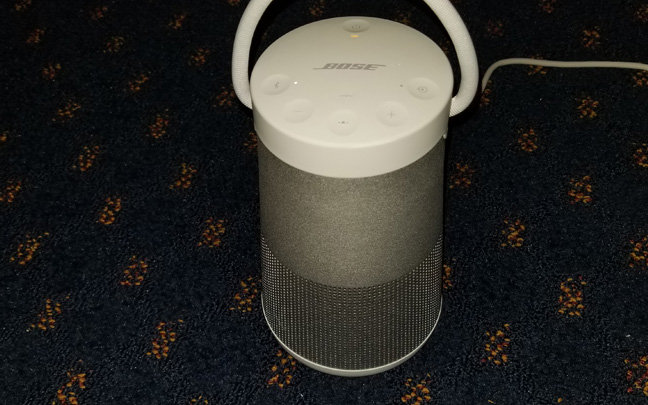 The Revolve+ has an audiophile sound quality.

At times, I wish that the Revolve+ had a tiny bit more bass, but the highs, mids, and lows are all so distinct that it’s not all that noticeable. Bose has never been known as an audiophile’s best friend, but the Revolve+ has a natural sound that audiophiles will appreciate if they can just get past the brand name. The Revolve+ produces a natural dance club feeling when playing The Weeknds “Starboy,” and an arena sound for Bon Jovi’s “Living on a Prayer.”  Distinct guitar sounds that I haven’t noticed before come out in Gloria Estefan’s “Anything for You.”

Unlike the SoundLink III, the Bose Revolve+ has a speakerphone function that works well for the most part. When I was closer to the speaker, people said I was clear, although with a slight echo. If I got too far away, the listener couldn’t hear me. Overall, the speakerphone feature is good for conference calls.

The Revolve+ doesn’t have the aptX codec for (allegedly) better sound with Android devices that support the codec. However, if the codec did make a difference, one can’t notice it unless the speaker is right against their ears. Whatever codecs Bose’s new Bluetooth speaker lacks, it certainly makes up for it with great sound reproduction.

Daryl Deino has been a technology enthusiast since 1995 and has written for several newspapers and technology sites. Please reach him at [email protected]
View all posts by Daryl →
This entry was posted in Review and tagged Bluetooth Audio, Bose SoundLike Revolve+, SoundLink III. Bookmark the permalink.