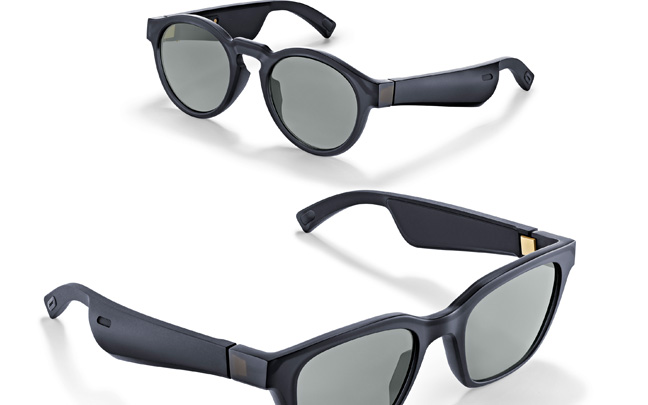 Last year, I reviewed the Bose SoundWear Companion, a Bluetooth speaker that fits around your neck and delivers pumping stereo audio straight to your ears. Some thought the product was a gimmick, but I thought it was anything but one. Even if a niche product, the SoundWear companion was a breakthrough in many ways.

The best part of the SoundWear companion is that you could actually listen to it at a decent volume without bothering others since it delivers the sound right to your ears. The phone quality is quite decent as well. The speaker fits right around your neck, and you wouldn’t notice the weight of the device much unless you are driving; the speaker has a habit of twisting a little bit.

In any case, the SoundWear companion was something that I liked so much that I ended up buying it. And it ended up being stolen. I’ve tried to forget about Bose products for awhile since I was so upset my favorite toy was taken from my backpack. However, last week, Bose reminded me that they are coming out with new wearables — the Bose Frames. 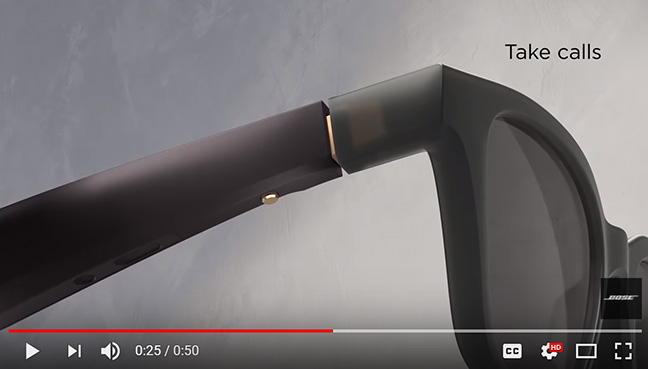 The new Frames are sunglasses that house acoustic speakers on each arm that beam music into each ear without bothering people around you. There is also a microphone for phone calls.  The mic is compatible with Siri and Google Assistant. Bose goes as far as to claim the Frames are an “Audio AR” wearable. That may be pushing it a little bit, especially since you can pretty much say the same thing about all wearable speakers. But, we shall soon see how Bose differentiates itself from the other companies with the Frames.

The Bose Frames come in Matte Black and will be released with two universal styles. First, there is the larger (Alto) and the smaller (Rondo). Both will be available beginning in January. So far, there is no price tag. But my gut feeling tells me they’ll run for $299.99 — a price that some will call a ripoff and one that doesn’t bother extreme tech geeks (like your’s truly).

Most importantly, Bose is continuing to innovate the “wearables” category of audio devices — one that was considered an absolute joke just two years ago. I am really excited about these! And next weekend, I am invited to try these out before they hit shelves. I will certainly report on my experience and give my first impressions review afterwards.

Daryl Deino has been a technology enthusiast since 1995 and has written for several newspapers and technology sites. Please reach him at [email protected]
View all posts by Daryl →
This entry was posted in Tech News and tagged Bose Frames, Bose Wearables. Bookmark the permalink.