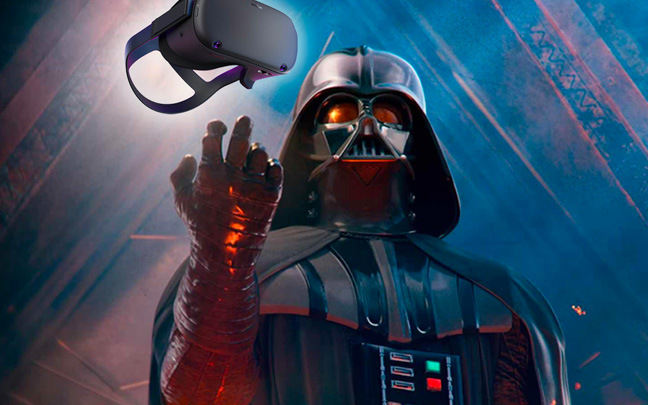 There are many ways to escape into the VR world during these uncertain times.

If you told us one year ago that many of us would be quarantining in our homes to avoid spreading or getting a deadly (for many) virus, we’d say you’re a little crazy. But in April of 2020, here we are.

But thanks to VR headsets like the Oculus Quest, you can always escape to another world and shoot spaceships, exercise, and even meet up with friends or family members. If you have or can somehow get your hands on a Quest, here are some of the best VR experiences for your quarantine. 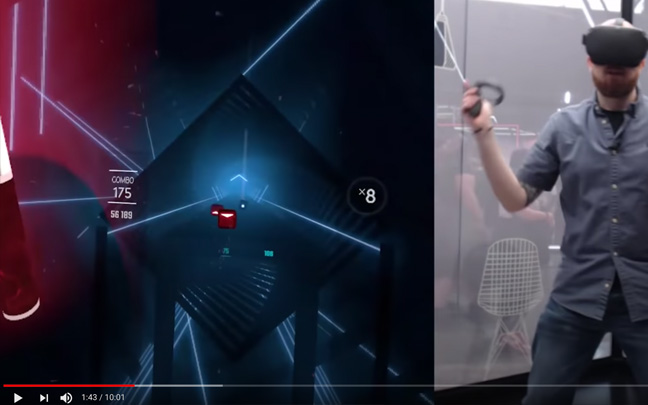 This game is so basic, yet so much fun. Not only is it one of the most enjoyable VR experiences on the Quest, but it’s also gonna give you the cardio workout you need without going to the gym.

You are slicing colored blocks with glowing sabers a la Star Wars, while different music plays in the background. It seems easy at first, but once you get into Expert mode, you’ll feel like you are in an intense aerobics class. Each level brings new challenges, such as disappearing arrows (you hit blocks in the direction their arrows are displayed).

The game is a little more complex on desktop VR platforms, but its port to the Oculus Quest, which doesn’t require wires, is still a winner. 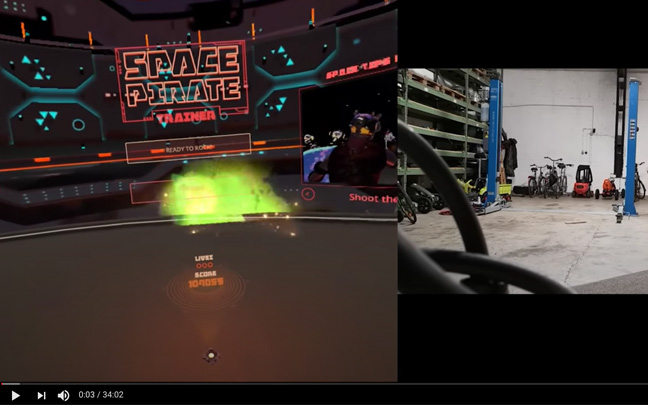 Have you ever wondered what a VR version of the 1980′s classing Galaga would be like? In the world of Space Pirate Trainer, you are on a planet fighting all kinds of aliens. You have different ways to shoot, and you can also use a shield to block yourself from bullets just by flipping your left arm back.

Just like the old-time space games, the aliens come in different waves. The first five waves are pretty easy. But if you make it to the 10th wave, you’ll be extremely exhausted. Space Pirate Trainer has been a VR favorite for years. 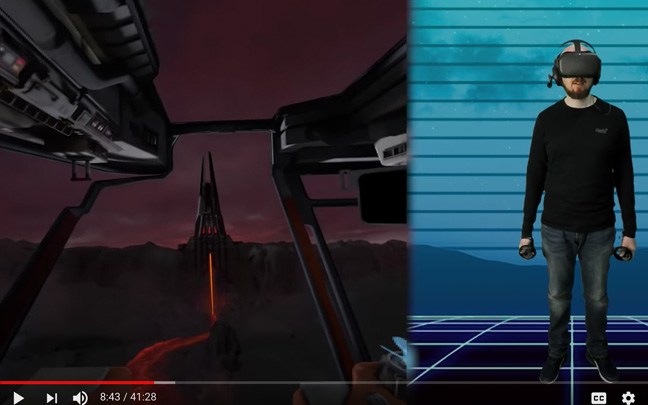 Whether you are a Star Wars fan or not (and there are not many who fit into the “not” category), this VR experience will blow you away. It’s not an “exercise” type of app, but it really helps you escape into another world. In Vader Immortal, you play a smuggler dragged out of hyperspace as you are captured by the Empire.

There are several different scenes, which include “meeting” Darth Vader, fighting enemies with a saber, and even climbing up stairs. It’s the type of experience you never want to end. If you are going to demonstrate the capabilities of the Oculus Quest to someone who is not familiar with VR, Vader Immortal is a good start.