Are Waiters In Danger Of Being Replaced With Tablets And Robots? 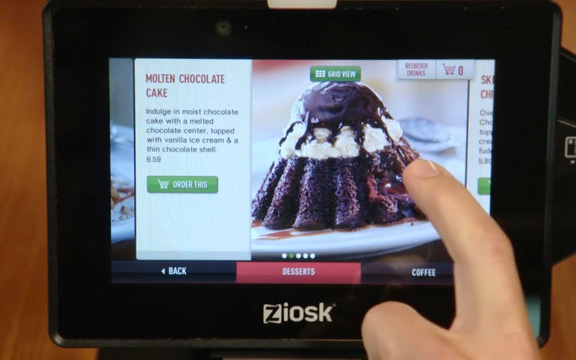 Your order is only one touch away.

If you go to a restaurant such as Olive Garden or Outback, you will notice that there is a tablet on the table. In a handful of these locations, you can order your own food. However, in most, the waiter or waitress uses the tablet to produce your order, produce your check, and have you sign your credit card bill. Since we are only at the beginning of the restaurant tablet phase, you still get a waiter. But how much longer will you need one?

According to Business Insider, waiters are already being replaced by robots at some restaurants in China.

“Chinese restaurants started to replace their workers with robots as early as 2006. Though some have proven pretty incompetent, they’re still cheaper than human wait staff.” 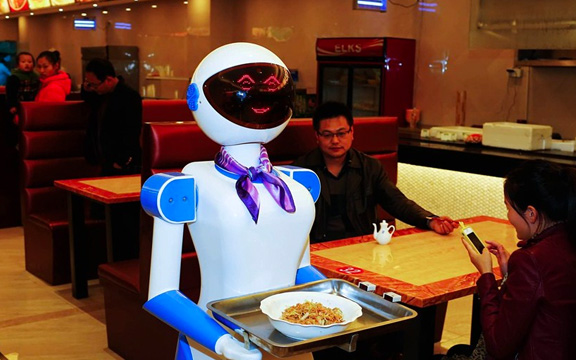 Could this be your future waitress?

The article adds that the approximate $1,200 up-front cost per robot is just a couple month’s salary for an average server in China. The Robot waiters do well, mostly because they are fun rather than being completely efficient. The waiters look very toy-like and like something that came from The Jetsons.

When you think about it, there can be advantages to robot waiters. They won’t spit in your salad when they get mad at you, and they certainly won’t give you a bad attitude. They probably won’t need to be tipped. But don’t people go to restaurants for human interaction?

It’s more reasonable to say that the tablets will replace the waiter as the tablets become more advanced. There will be a station for people to pick up their food and drinks, just like there is at some restaurants now. There will be a couple of hosts that will walk around and make sure everybody is okay.

A new report from Cornell University claims that table top technology actually benefits customers at full-service casual dining chains. By monitoring one chain restaurant’s service over the course of two Fridays and two Saturdays, research showed that table turnover rates improved and customer spending increased when a table top-placed tablet was used for ordering and/or settling the bill.

Perhaps people who attend fancy restaurants won’t like the new technology completely taking over their experience. And then there are people who are completely sick and tired of technology taking over every other profession, including education and banking. But the replacement of waiters with tablets and (possibly) robots is certainly going to happen whether they like it or not.

Daryl Deino has been a technology enthusiast since 1995 and has written for several newspapers and technology sites. Please reach him at [email protected]
View all posts by Daryl →
This entry was posted in Tech News and tagged iPad, Restaurant Technology, Robot Waiter. Bookmark the permalink.